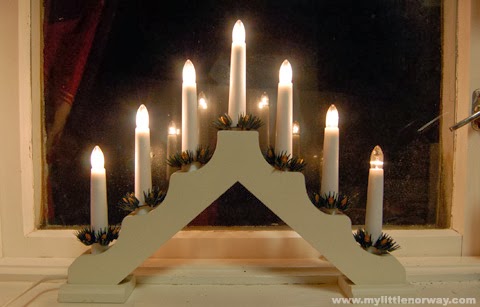 Monday (11 Nov) was Martinmas for westerners on the Gregorian Calendar, for Old Calendar folks it falls on Saturday 24 November. In times past, in Northern Europe, the next day (12 November) was the beginning of the Advent Fast. I did a little research on Advent because, as a pious Orthodox Convert, I assumed our 40-day long fast was the “normal” one that the “heretical” west has trimmed and, finally, destroyed. So, believe it or not, I was looking for Sunday propers for the “six or seven Sundays of Advent” as would have existed in the “orthodox” west before the Carolingian Religion took over the Roman church… I was asking the wrong questions, of course.
One thing we (I’m making assumptions here, but it seems to be “We Americans”) keep looking for is a religion that is unchanged and unchanging. Seems to be a real issue for us: there are cultures that have had indoor plumbing longer than our nation has been around.  Most countries have church buildings older than our denominations.  We get lost in vastness of history and look for some thing “changeless”.  In a talk at St Vlad’s, Frederica Mathewes-Green once referred to having found “the Church that never changes”. Anyone with an eye to history realizes the development of liturgy and culture inside Orthodoxy runs a parallel to our liturgy’s evolution. Almost every assumption that “What we do now” is “What we have always and everywhere done” is false. So I was asking “when did what we used to do devolve into what we do now?” I should have started with “What did we used to do?”

First – and not by way of dismissal – we have to realize that the East didn’t celebrate Christmas. The East had Theophany. The West had Nativity. It was was a gradual process whereby the two cultures let their feasts influence each other and appear on each other’s calendar. In other words, Christmas, or “The Feast of the Nativity after the Flesh of Our Lord and God and Savior Jesus Christ”, to give the full name, is – at least as far as the East is concerned – a Western Innovation, albeit one that worked well for the Church and one that was accepted with the consensus fidelium.

When this innovation took hold in the east, it made sense to apply to it the same sort of thinking that had already be applied to Pascha. The East opted for a forty day fast prior to Christmas in order to mirror the forty days that lead up to Pascha. By this time the Pascha fast had ceased to be about preparing catechumens (there were not many adults anyway) and all about preparing for Pascha, itself. The same became true of the Advent Fast. There was no tradition of Baptism on Christmas, of course: but there was already a model for a pre-feast fast. So we just used it again. In the West, which had celebrated Christmas for a while, there was no consensus about the pre-feast fasting at all. In some places it was a longer in some places shorter. Remember, Lent was originally just one day long – fasting on Good Friday. So word that Advent Fast varied in length from 4 or 5 Sundays, to several weeks of limited fasting should not at all surprise us. By the time the west settled on a pattern it was the four weeks we currently have. The Early Middle Ages, however, still saw the 40 day tradition in some places.

A Synod held in 590 established that Mondays, Wednesdays, and Fridays from November 11th until the Nativity would be offered according to the Lenten rite. This and other traditions, such as fasting, show that the period of time now established as the Advent season was more penitential (similar to Lent) than the liturgical season as we know it today. A collection of homilies from Pope St. Gregory the Great (whose papacy was from 590-604) included a sermon for the second Sunday of Advent, and by 650 Spain was celebrating the Sundays (five at the time) of Advent. So it seems the liturgical season was established around the latter part of the 6th century and first half of the 7th century. For the next couple of centuries, Advent was celebrated for five Sundays; Pope Gregory VII, who was pope from 1073-85, reduced the number to four Sundays.

For a much fuller – a more geek-happy – history, please see this article from the Catholic News Agency. It is filled with names and dates and minutiae. It notes that the “Ambrosian liturgy, even to this day, has six weeks of Advent; so has the Gothic or Mozarabic missal.” I find it interesting that the west decided to use Lenten services in Advent – underscoring the fasting with Liturgy. There is no such Liturgical modification in the East, although I think it must be understood that there is also not much of a tradition of daily Eucharists in the East and so no need for liturgical changes as such, especially during the week. What I think can be agreed on is that, considering both the East as a whole and the full history of the West, the tradition is for Advent to be a bit longer than simply the fore-part of December and maybe a couple of November bits and that it was a decidedly post-schism Pope who established – firmly – the four-Sunday Advent we know in the West today. So it is worth asking why it is that the canonical Orthodox Western Rite, Antiochian and Russian, adhere to this practice? It might be more in keeping with our Orthodox Western Ancestors to follow the Byzantine rite, starting on 15 November, or, even, to return to the post-11-11 Monday Wednesday Friday pattern that was traditional in much of the west prior to the schism. I know that, at least in ROCOR, the Bishops have asked recent WR converts to refrain from post-schism practices in general until they are evaluated by the Synod – and they have to use the non-ecumentist Julian Calendar. It would be interesting if *all* the calendar innovations were undone. I confess, again in these pages, that part of my fascination with the Orthodox Western Rite is more than a little geeky-time travel. It’s a bit like those Sci-Fi books that ask “What if the South had won the War?” So I really would like to see the canonical OWR explore a bit more.

My Rite of St Tikhon website allows for some flexibility in the daily office: I would being using the Ferial Canticles on 15 Nov and start singing Alma Redemptoris Mater the Advent Antiphon of Our Lady.

As always I will begin my Advent Meditation series on WR liturgical Texts and continue through the season.