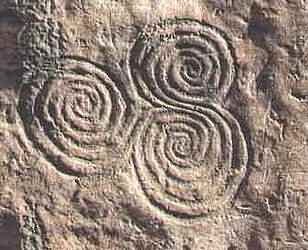 After applying the use of “necrophilia” to theologies (see my previous post), the Feminist writers of the last century co-opted the word “biophilia” from science and applied it, as well, to religion.  A “Biophilic” spirituality (naturally, it would be “spiritual but not religious”) was one that was life affirming, not life denying, one that affirmed life in all its divinely awesome splendor and worked with the ecological ballance of the planet to do no harm, and, of course, let us have all the sex we wanted, in life-affirming and fun ways, even having children if we wanted, but not so many as to overrun the planet or keep women busy with motherhood.

I thought of this right after I converted to Orthodoxy, sitting in the parish hall of Holy Trinity Cathedral, one Lenten Wednesday.  Father Victor (may his memory be eternal!) was talking to a member about an interview he had given to some journalist: the annual “Orthodox Easter is at a different time, let’s do a story” interview.  I’m not sure what preceded the comment. But suddenly Father slammed his hand on the table and said, loudly, “No! I love my wife. I drink vodka! I eat meat!”

Biophilic Orthodoxy in a nutshell.

The entire purpose of Orthodoxy is to connect man to Life as it is offered to us by the very Source of Life: Jesus says, “I cam that you might have Life and that more abundantly.”  In fact, Life is such an important thing in the New Testament that there are two words for it, which might be translated from the Greek as “Breathing” and “Living”.

Everything breathes.  My cat is breathing next to the keyboard just now. We’re watching breathing birds outside the window together as I write: you never know, they might fly in here and we’d have something tasty to eat.  The Biblical writers even projected this “breathing” into things like rocks (which will cry out in God’s praise) and stars and plants.  “Let everything that has breath praise the Lord” is not just shorthand for “things that use oxygen to live”.  When people try to differentiate the Jewish and Christian tradition from one of “pagan animism” they have to ignore this part.  “Let everything that has breath” means, basically, everything.

This is Bio.  Breathing. Breathing stops. We try to restart it and sometimes that even works. Breathing.

The New Testament, however, introduces another concept: Zoe.  Life, but not just simply breathing: Life connected to the Source of Life, really, letting life live you.  At this point it can almost start to sound like an Oprah Sermon.  And I’m going to stop until another post, letting your wonder about that.

But there it is. Properly done, Orthodoxy is Biophilic: in fact, it is the ultimate biophilic path.   Letting life live you: I love my wife! I drink vodka! I eat meat!