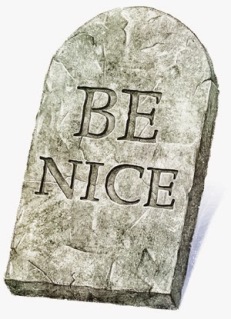 In their 2005 work, Soul Searching: The Religious and Spiritual Lives of American Teenagers,  sociologists Christian Smith and Melinda Lundquist Denton introduced the term “Moralistic Therapeutic Deism” to describe the spirituality they found among those teenagers.  Most of the commentary I’ve read about the topic (hereinafter MTD) has included a lot of hand-wringing and asking where we (as adults and parents) went wrong.  There has been blame laid at the feet of educators and their “everyone is special” brand of tripe.  Oprah and her newage “spiritual but not religious” attitudes showing up in Starbucks take a good deal of the credit as well. I want to blame my Sunday School teacher in 1967.

My grandfather was really big into science: even at the age of three I was learning rudiments of geography and simple meteorology.  I knew about ice crystals and had taken a telescope with Grandpa out to a dark lake shore where we saw the Milky Way: not something you can see clearly at all any more in most places in the world.  I clearly remember making paper snowflakes in Sunday School, one morning before Christmas.  This was the First Presbyterian Church of Fort Gaines, GA, in 1967. I doubt it’s snowed in that part of the world since the last ice age. But as my neighbor finished his snowflake, I put my arm around him an said, “It can’t be a snowflake because snowflakes have 6 sides. ”  His was a special snowflake with 8 sides.  And he cried.  We were three.  But point of fact, I was right.  And the Sunday School teacher in 1967 told us that if he wanted to have a snowflake with 8 sides, he was allowed.  Later we sang “Jesus Loves Me, this I know.”

It’s a wonder I didn’t stop going to church right then and there.

A lot of people older than me (and I’m 50 now, so that teacher must be somewhere between 70 and death) were practicing MTD long before millennial teenagers ever happened or even before their parents ever were old enough to have sex.

I’ve struggled a lot lately for a number of reasons. Lent was especially hard as I would talk to my brothers and sisters at church or online, and I would hear what can only be called MTDoxy.  Now, this is not unexpected at all: most of the converts that I know were MTD folks in their other denominations.  What usually drove us away from those former places was a sense that “Something here is not right”.  I, at least, didn’t wake up one day with the idea that “I have been wrong all my life and now I must get right.”  Most converts I know – including me – started with “I’m right and this denomination is wrong and I have to find a church filled with right folks”.  One online writer referred to the American Orthodox Convert boomlet as just more Church Shopping, but now it was Boutique Church Shopping.  We’re just looking for home, and now we’ve found it (welcome home, we say to new converts). That writer used to annoy the stuffing out of me, but I see his point, increasingly, everywhere.

My way of reminder, the “basic doctrines” of MTD are:

It is possible to attend an Orthodox Church every time the doors open and still come up with that. A member of a parish I attended apologized to me for letting his sons go into Boy Scouts as if the telling of that to me would not be offensive to me as a Christian.  A long time friend who has been Orthodox about 20 years longer than I wondered if she would be able to stay Orthodox after her very elderly priest died.  She suggested, “Well, I guess we can go back to the Episcopal Church”.  Other Orthodox folks out there are seeking to find more ways to include others with different, Gnostic ideas about their sex and sexual activity without the Church asking them uncomfortable questions about their sex or sexual activity.  But it’s not just “liberal” folks.  The ultra-conservative sorts are on the same bandwagon, it may surprise you to learn.  They may not feel that way about an individual’s sex and sexual activity, but ask them about divorce, or other things that laity shouldn’t care about: most people on line (again, including myself) have very strong opinions about it.  I was surprised to see a conservative Roman Catholic Blog post pictures of an Episcopal Priest who supports gay marriage but, at least, does liturgy right. I know a whole bunch of Convert Clergy – very conservative – who left one Jurisdiction because it was “becoming modernist” as if it had suddenly happened in the previous few months since their conversions.  It surprised them to learn that all the Ethnic Jurisdictions are, in one degree or another, riddled with MTDoxy.  But the desire to run away and find a “better” church was equally MTD.

This is not a slam against anything other than our own blindness.  I don’t want a crusade against MTD or MTDoxy. It’s today’s Gnosticism, and it’s out there in Jewish forms, Pagan forms, Buddhism, even Atheism all have their “Can’t we all just get along” crap where “What we believe” has nothing at all to do with what we’ve been given to believe and everything to do with how it makes me feel and how I can fix it if it makes me feel bad.  My point is it’s not the Millennial Generation that made this up.  There were special snowflakes at the First Presbyterian Church of Fort Gaines, GA, in 1967.

The question we need to ask is how do we avoid it now.