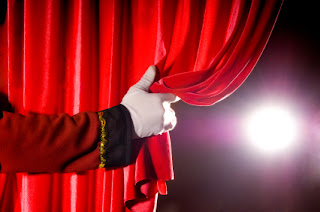 Christianity is a revealed religion.  This may or may not come as a surprise to my readers. Christianity is not contained in the text of the Bible in any way.  It is the other way around: the Bible is contained in Christianity. Bibles in Hotel Rooms are as effective as bumper stickers in  teaching the content of the Truth of Christianity.  Revelation is neither in reading, rites, or rules: God is in Relationship.  “God is the Lord and has revealed himself to us,” we sing at Matins.  His revelation to us is in love: as from a Creator to his creation, as from a Father to his children.  His love for us brings about the world, and all that is in it including us and our salvation.

Or else the world is dead matter and nothing has any meaning unless we make it up as we go along. These two competing worldviews are the only two that matter.  There are only versions of them on a spectrum.
For a long time – since Constantine, if not before – our story seemed easy to grasp because the world view was shared.  You may not have worshiped our God, but matter wasn’t dead matter.  It was imbued with something. As our story became the dominant story in our culture, it was not even necessary to train folks: we just had to take what they already knew and “activate it”.  Take a passive Christianity and turn it into an active one.  This wasn’t always very easy: in fact, most of Christianity for most people was a passive. Most of the religious culture engaged in, for want of a better label, what we now call “Moralistic Therapeutic Deism”. God was important for fixing things – sickness, the crops, the afterlife. We see this in religious artifacts from pagan cultures and from ours; prayers to fix things.  But if teachings on how to hear confession, east and west, are any evidence at all, the commandments got broken just as much.
When I read things likes Lord Peter Wimsey detective novels or, when reading Jeeves and Wooster, I am amazed at how much church knowledge the writers can assume of their readers. Snippets of hymns, quotations from theBible, the Mass, or the Book of Common Prayer, all assume a huge cultural dictionary that was shared by everyone, even if they didn’t go to Church. There are hints of this even in earlier Doctor Who episodes. Back in the “golden age” of television, the 1950s and 60s, even the early 70s – everyone had Christmas specials.  No sitcom or variety show was without one, every radio show had one, many dramas did, too: some moment of sentimental softness even in hard cop and detective shows.  No explanation was needed.  Everyone, Christians or Nonchristian understood what was going on.  I particularly remember an Episode of the Brady Bunch, The Voice of Christmas, from 1969.  Carol was too sick to sing her Christmas Solo.
Now: think about that.  That means they go to Church and she’s a member of the choir. It’s not as if the pastor went out into the streets to find some random stranger who could sing.  This “blended” family with six kids goes to Church often enough for Mom to be in the choir  and get picked for a solo on Christmas.  I don’t know if their churchiness ever comes up again (I will be binge-watching the Brady Bunch as soon as I can).  But here it was, without apology.  And it wasn’t some silly, meaningless “love, hugs and white Christmas” song either:
No explanations, just some good musical theology and lots of family hugs.  As far as I know the only “real” Church person in the show was Ann B. Davis, an Episcopalian who, at a later time, was the chauffeur for the Episcopal Bishop of Los Angeles.
Would never happen today, of course: most of our “holiday” specials are warm fuzzy feel good things with no reason for the season – or, rather, where the “season”, devoid of content, is the reason for the warm fuzzies.  In fact, increasingly, the warm fuzzies are the content.   While a few folks will know “birth of Christ” in abstract and may (from Charlie Brown) understand shepherds, angels, and Wise Men, the idea of God, “who for us men and for our salvation” was “conceived by the Holy Ghost, born of the Virgin Mary” is meaningless jargon from an “Organized Religion”.  Devoid of theology or even the ability to converse in theological terms it becomes very easy to mislead people with pseudo-theologies, pseudo-gospels, and even fake churches.  You know Christians stole Christmas from the Pagans. We might as well just worship the Solstice Sun, at least it’s real.
In that older culture we are used to not having to explain anything. Taking that route today, in our culture devoid of the content using our normal shorthand or even our internal jargon, can be dangerous. When we discuss “traditional marriage” and the “polarity of the sexes” as if everyone should clearly understand what we mean we are forgetting that we are in a fallen world, in a fallen nature, discussing things that while one time common, albeit week knowledge, were revelations.  The secular response to “marriage is a sacrament” is “well, in your religious cult it is”.  That people do not follow the Christian teaching on marriage should not surprise us if they are not Christians. That a democratic society allows such a change despite a vocal minority should also not surprise us: that’s how a democracy works. That we believe marriage to be a sacrament unaffected by gov’t laws is the surprise.
Fr Andrew Stephen Damick has a wonderful post over on Ancient Faith, Do we preach Orthodoxy… or Christ? He is not talking about our topic at all.  But he hits the point, I believe, solidly, when he says,

[The Apostles] did not preach what might be termed “church life.” They preached Christ crucified and risen from the dead, that we should therefore repent and be baptized into Christ. That is their public proclamation of the Gospel, their kerygma. That is what is supposed to be preached.

When the Lord gave the Great Commission, He gave four commands: 1) Go into all the world and 2) preach the Gospel to every creature, 3) baptizing them in the Name of the Father and of the Son and of the Holy Spirit, and 4) teaching them to do all that He had commanded.

These are not all the same thing. Preaching the Gospel is not the same as baptizing, nor is it the same as teaching all the Lord’s commandments. I saw one commenter want to call everything in the Church “the Gospel,” including relics. But that only works as a sort of metaphor, not as a precise action. Can you hand someone a relic and say, “There, I have preached the Gospel”? Or can you teach them about fasting and say, “There, I have preached the Gospel”?

It is not within the scope of this series of essays to fix this cultural vacuum. This one installment is only intended to point out this vacuum exists.  Telling people, “Ick, God said don’t do that!!” has three meaningless words, “God”, “said” and “don’t” which, filtered out, becomes “Ick. Do that?!?!?!?!” And it’s easy to see how that might be mis-heard as “hate”.  If you pass a “Defense of Marriage Amendment, can you  say “There, I have preached the Gospel”?  I don’t think so – not because of our “hate” or our “message is not relevant” but because all we’ve done is enforced a Christian morality without content.  We’ve opted to make it see as if we are the cultural majority by virtue of having the right laws on the books. We’re trying to bring back the day when Florence Henderson pretended to be a devout and church-going Christian without ever having to see her in Church or at prayer: because it makes us feel better to pretend to be in the cultural majority.
The Apostles did not wander into the Roman World and lobby the SPQR to pass laws forbidding idol worship, abortion or fornication until the entire empire was converting.  You have to preach the revelation before the implications of the revelation make sense.  You have to bring the worldly man into relationship with God before the readings, rites, and rules are of any use for his salvation. Imposed conversion by legislation (everyone acts Christian, no matter what their religion) is just us avoiding our duty to Teach the Good News.  We are damning a world to life without Christ (but we will feel comfortable in it because it’s homogeneous). It is a two-edged sword, however: within the Church, however, to our own people, we need to remember this vacuum also exists.  If we have marches for marriage without “marriage teach-ins” we deserve what we get.  Nature abhors a vacuum and when our kids (and our adults) leave the theological desert of the March for Marriage, nature will suck the unsupported teachings right out into the vacuum like a like an astronaut in a bad airlock.
Next up: some theology.  I promise.  This discussion, again, is aimed internally.  How do we, among ourselves, teach the theology of marriage.