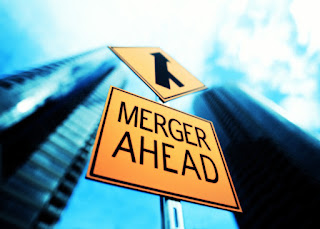 It is clear that the Church and the World mean different things by the word, “Marriage”.  These things have never been the same, although at times the Church has come dangerously close to accepting the definition used by the world. To wit: parents or society in general recognize that this couple has permission to have sex.

Think of this for a moment: Eucharist is a Sacrament, but it is a perfectly lovely meal as well: a loaf of bread, a bottle of wine. I’d like some cheese with it, but that’s another issue.  We take a perfectly normal meal, and make it a vehicle for grace and salvation.  A Eucharist is a meal, but not every meal is a Eucharist (despite the attempt so some liberal prots to water down the sacraments by turning everything into communion – butter on the “bread made holy” makes an interesting addition to “communion” at these events).  A Eucharist is a special type of meal.  It is a sacramental subset of dining: it has its own rules, its own etiquette. Imagine if the “High Sacramentalists” got so hung up in the meal quality of the Eucharist and decided to force the state to serve bread and wine to everyone, or outlaw Chicken and Waffles because they are not the right sort of meal.

Sociologically Marriage in the Church is a sacramental subset of “personal pairings” in the world.  We have our own rules, our own etiquette, our own understanding of what it is: two vastly different human beings merging, becoming one flesh, to further their own salvation and the salvation of those around them. Children are a part of this – but not required.  Sex is a part of this – but not required.  Christian marriage is a sign of “Christ and the Church”. The husband is head of the wife, the wife is to yield to her husband’s leadership in love and charity. The husband is supposed to sacrifice his life for his wife’s salvation – which sacrifice will become his salvation as well.  This marriage is supposed to be a Sacramental sign or icon of the Marriage of Christ to the Church (and thus all of Humanity, united to God in Christ).  The Church takes the feminine role to Christ as her husband, as mankind is made anew as God’s bride. We are not replicating cultural functions here: the Church is creating them in response to revelation; as she did in Eucharist. We did not have to invent bread and wine to have Eucharist, but rather we had to give them new functions, new meaning, new purpose.

But this is interior content: this is the Church revealing the sacramental face of  something the world thinks they understand.  As the Eucharist teaches us that eating is not about the consumption of life-sustaining nutrients but rather about human participation in God’s life-sustaining grace in all things, so also marriage shows us that sex and human relationships (with or without sex) are not ends in themselves, but rather are portals to deeper life in God.  No signed secular contract can be this thing.  No heretical wedding can be this thing.  No Hindu or Muslim rite can do this. No handfasting, no broom jumping, no justice of the peace can perform it or make it happen.  Like the Eucharist, like Baptism, Christian sacramental marriage can only happen one way.

But sometimes we have treated Sacramental marriage as a fiscal transaction: with the boy (or his family) paying  to receive permission to have sex with his new bride from her parents.  We’ve given in to the cultural, secular understanding. Sometimes we’ve treated Church marriage as a doorway to respectability and “adulthood”.  Especially in America, the churches have all bought in to these secular meanings. The churches allow their ministers to serve as state functionaries, and even allow that state marriages are “real” marriages needing only a “blessing” from the church to become Sacramental ones.

To allow for this we’ve come up with an odd idea: “Natural Law”.  This fiction allows us to imagine that Christian marriage is part of the natural order.

What is part of natural law, of course: it takes sperm and and egg to make a baby.  It takes a man and a woman to pop out children.  If we insist that baby-making is the main function of marriage then we might be able to say Marriage is part of the “natural order”.  That’s not even the primary function!  Getting the daily requirement for carbs is not the purpose of the Eucharist. Getting washed up is not the main purpose of baptism. The main function of marriage – as with all sacraments – is the salvation of the participants.  This may include children, may not. It may include sex – it may not. It may include sleeping apart as “brother and sister” and praying a lot more – it may not.  Christian marriage is not to be evaluated by earthly standards of happiness: frequency of sex, satisfaction with partner’s skills, romance, shared wealth.  It’s something completely different. The content of Christian Marriage is revealed by God to our fallen world as a way out: or else our marriages are meaningless. We’re just taking worldly marriage and dressing it up with a cross and some cool ritual.  I know a lot of so-called churches do this.  Real, Christian Marriage has theological, moral, sacramental and mystical content.  it’s not done by reading the same words we use: it’s done by getting martyred at the altar. As eating is to Eucharist and washing to baptism so secular weddings to Christian marriage.

We cannot make the assumption that when we say “Marriage is one man and one woman” that any non Christian even knows what we’re talking about.  It’s not at all natural: watch primates and other animals. You’ll see many permutations. Watch human cultures around the world, again: many permutations. Our marriage is something else: the real purpose,certainly, the prelapsarian ideal, maybe (we have no idea what that would have been) but not natural.  Nature like us is fallen.  The Church is constantly trying to take the world out of itself, and Christians out of the world.

Regardless of how the world or legal system allow for marriage contracts,  we need to add the descriptors “Christian Sacramental” to “Marriage” any time we want to use the world to see that.  “Christian Sacramental Marriage is one man and one woman”.  CSM and SSM are different.  We are not talking about he difference between “traditional marriage” and something new.  We are talking about “What the world does” versus “What God has revealed to us about using the human process as part of our working out our salvation in fear and trembling.”

I know the heretics will yell out “All the sacraments of all God’s people” but I have no idea what god they worship or what sacraments they practice.  That’s their problem, not mine.  When the world decides it likes the heretics better than the Christians we will suffer for marriage the way our ancestors suffered for icons and for the sacramental faith itself.