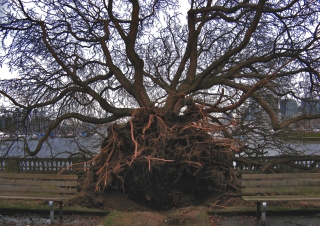 There are so many threads to this tapestry, it’s hard to know where to start this post.  I’ll begin with my own family: beginning with the first William Richardson in America. I share his name – Donne Huw William Richardson – and I had the “William” even before I changed my name in 2000.  William Richardson was on the boat with William Penn. I highly suspect he wasn’t a Quaker – but that other sort of non-conformist: a Roman Catholic. I suspect this because one of his family members – also a William Richardson – was a Martyr under Elizabeth the First. Anyway, William didn’t stay in Pennsylvania he moved southward and his descendants gave us Richardson town and county Tennessee, and later a line of Richardson towns ending in Texas. There was another clan of the same family that moved northward from Tennessee and ended up in Manitoba. From thence came my Grandfather. He was my grandmother’s third husband (pretty adventurous for the 1930s). They met and married in Michigan after he had spent a large part of his life moving – having served in the US army on the Panama Canal and in San Francisco.  He was also a rail-riding hobo. He tried settling down in Michigan, but then they started to rove: Kentucky, North Carolina, Georgia, Georgia again, Georgia a third time, Florida, back to Georgia… In all that moving my mother was born, and a mobile home was acquired when she was around ten. The home moved too, until it was sold after I was out of college.  My family – Mom, Dad and kids, however, kept roving. In 12 years of public education, I attended 9 different schools. My Amazon profile says Atlanta, Acworth, Wurtsboro, NYC, Hoboken, Astoria, SF, Asheville, Buffalo, and SF, but I think, off the top of my head, I could add at least 10 other locations to that list.

I tried Benedictine Stability for the last six months but – for reasons unrelated to stability – this was not a good fit. In fact, I was the 3rd postulant (plus one monastic) to depart in the last couple of years, so there may be other needed lessons.  But while I was there we’d drive – 300 miles to church and back on Sunday!  And I’d sit in the car and listen to the wheels on the road and come near to crying.  For that is, really, where I’m at rest: on that road; a dark night on a highway, trucks as far as the eye can see and a lone car – or two – and all things moving.

There was another William Richardson.  He was a sailor.  But he ended up staying in one place for the entire second half of his life: he got off his ship, married a local girl, and became one of the the first gringos in San Francisco and the founder of Sausalito… also he became Roman Catholic. 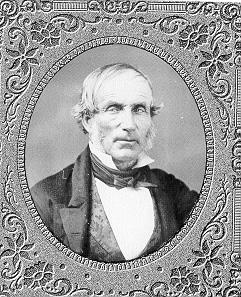 And he stopped right there on the Bay.  You know: my grandfather the hobo stopped there too.  And it is home for me.  Something is there that is no where else. I made fun of my friends in Buffalo for knowing every bush and every window-full of gossip.  And when she was in SF with me, my friend Sare made fun of me: because that’s how I am there, knowing every window-full of gossip.  Just ask the people at Zoosk who got exposed to my knowledge of SF trivia in a scavenger hunt – with limericks!
What got me started thinking about this was a friend on Twitter who wondered about kids not having a one-place-home to go to.  And I began to wonder if he was being realistic or just nostalgic.  Most of my IRL friends fall into one of two groups: people whose parents are in still one place – but they, themselves, are not; or people whose parents – and them as well – are all mobile.  In most cases, the mobility will not be as great as my family’s, but the concept of “hometown” is missing from a lot of lives. It usually only means (as on Facebook) the place where you were born – where you may have spent a couple of days in the hospital.  I will allow that the older you are the more stability seems to be involved, the younger folks being more mobile.  But many people my age and younger – and especially in their 20s – seem to be much more mobile these days than people that were in their 20s when I was in my 20s.
Compare: almost all of my Mom’s classmates from HS are still in the town where she graduated.  Only many-but-not-all of my classmates are still in one place.  And most folks I know in their 20s have no such “pool” of former classmates all in one place. Yes, there can still be a Class Reunion – but everyone will travel from quite a ways away. To be certain, the ones trapped in one place tend to be the trackable ones. And the ones that move around are hard to keep in touch with – I have had, at various points, five friends from college living in SF. Apart from the time when one let me crash in his house for a few months, I think I can count on one hand the number of times I’ve seen these friends since 1997. This also can vary by location: NYC is highly mobile, Buffalo is not mobile at all – although people like me may pass through.

Roots and connectedness and weavings are traditional descriptors of human society. But increasingly (I’m 52 now) I feel as if my life is less a woven tapestry than it is a line on a map, or a journey in process: a through-hike on a very long trail. Dare I say, life can be like a labyrinth. I have few folks, beyond immediate family, that stay in my life, although some stay for a decade or more. Rather than the uprooted tree at the top of the post (which will, most likely, die) a more descriptive image for my life is found in Ursula K. Le Guin’s Always Coming Home (1985).  She calls this open spiral the Heyiya-If:

The point of it is both the coming together of the lines and their interplay in the open space: nothing is tied down. It is in that open space that dancing happens, that learning happens that changes both parties if they stay together for a while or if they do not stay together very long at all.

I don’t have much of a point more than to wonder if there is a point… we’re working out our salvation: some can do that in one place, and some rove.