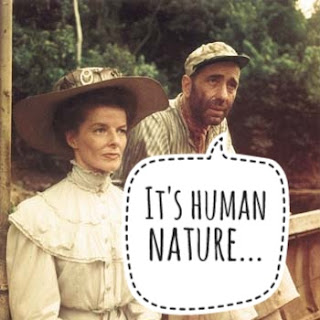 If you will, you can keep the commandments, and to act faithfully is a matter of your own choice. He has placed before you fire and water: stretch out your hand for whichever you wish.
Ecclesiasticus 15:15-16

There is this debate between the Church and most Protestants (Wesleyans excluded) about this idea that you can pick fire or water: “whichever you wish”. Calvinists teach that you can do nothing, at all: God either picks you or he doesn’t. Wesleyans, together with the tradition of the Ancient Church expressed in Rome and the East, offer the Good News that God’s grace is all around us.  Think, if you will of air… we are made to breathe air. It’s there: and, once we get the first gasp, we just keep going until we die. God is like that: there, present. Forming our hearts to desire him at all turns. And right there, is the choice… you can breathe… or you can die.

Now a Calvinist will insist that not everyone will knock and anyone who knocks is already saved… but you can walk away.  You can decide to try things that are not part of the game. It’s even possible to blame it on God:

Do not say, “Because of the Lord I left the right way”; for he will not do what he hates.  Do not say, “It was he who led me astray”; for he had no need of a sinful man. The Lord hates all abominations, and they are not loved by those who fear him. It was he who created man in the beginning, and he left him in the power of his own inclination. Ecclesiasticus 15:11-14

I was born this way (I can hear Lady Gaga singing now).  This must be the way God wants me to be.  Humphrey Bogart’s character in The African Queen would agree:  He says, as Charlie Allnut, “What are you being so mean for, Miss? A man takes a drop too much once in a while, it’s only human nature.” To this theological claim Katherine Hepburn, as Rose Sayer, offers this reply: “Human nature, Mr. Allnut, is what we are put in this world to rise above.”  Hear what the Spirit is saying to the Churches!  “Before a man are life and death, and whichever he chooses will be given to him.”

We are frail and faulty. God knows this. ” For great is the wisdom of the Lord; he is mighty in power and sees everything; his eyes are on those who fear him, and he knows every deed of man.” But he has given us a way out. “If you then, who are evil, know how to give good gifts to your children, how much more will the heavenly Father give the Holy Spirit to those who ask him!”  Asking and receiving the Holy Spirit, we can move on. We can not blame God for our sin, because ” He has not commanded any one to be ungodly, and he has not given any one permission to sin.”

The way up is on our knees and that requires access: first, we must kneel. “Humility is the foundation of prayer.” We can not be proud of our sin, our success, our politics, nor our position.  But in humility we can move on.

Of course, our real problem, as American Christians, especially, is we equate “keeping the commandments” with something called “Works Righteousness” and we will ask (even if we are not Protestants) “If we can keep the commandments by our choice, then what is the need of Christ?” That would be a whole other essay, so, only basic response now: keeping the commandments has nothing to do with “getting into heaven”.  Salvation is not a “get out of hell free” card. Jesus is not a fire escape. The commandments, as such, are there to show us how we fail to live up to God’s life. Keeping them is not a matter of obeying the rules – but of participating in God’s life by which we live the commandments within ourselves. When we are living in God, death is a transitus only to a more-full living of that life. We can’t get there by keeping the rules. But, again, that’s a whole other essay.