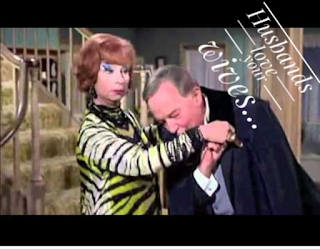 Slaves, be obedient to those who are your earthly masters, with fear and trembling, in singleness of heart, as to Christ.
Ephesians 6:5

This is one of those hard places in the Church’s tradition. In fact this whole chapter from Ephesians is – yesterday I totally ignored the obvious “Wives submit yourselves to your husbands” on purpose. I wanted to come to this verse where Paul, to modern eyes, says “there’s nothing wrong with slavery” and that very point has been taken by both Abolitionists and slaveholders.

And they’re both wrong.

Paul is talking to a small sect of specific persons – what you think? Maybe 30,000 in all the empire? This is not a revolution, yes. This is brewing one. As with marriage – in fact, as with most of Roman Culture he encounters – Paul is subverting it but not, yet, overthrowing it. He’s making sacraments out of the whole thing so it can be changed.

Paul has come across a social custom – slavery – about which we can guess his attitude (see the entire epistle of Philemon) and he has this problem. The first Christian in a house may be slave or free, male or female, young or old. Paul wants the entire household to come into the Church but he knows if he sends someone back preaching revolution there’s just going to be a lot of slammed doors. In fact, even after the whole family converts (see Philemon, again) revolution won’t happen instantly. It takes a long while for Christians to grow into the fullness of the Kingdom and even then it will only be “as far as they can bear it” because individual humans can only get so far in this life. So: slow and steady wins the race.

Paul started this train of thought in Chapter 5, verse 21. “Be subject to one another out of reverence for Christ.” And then he begins to speak in culturally appropriate ways not as commands but as examples… Wives obey your husbands. Husbands reverence your wives, children obey your parents and respect your elders, parents don’t abuse your children, and today’s lines, slaves obey your masters and masters do the same to them (verse 9 – and also, again, 5:21). It’s important to realize that, in Church, it could be the slave that was the priest – or even the Bishop. No matter who they are in the world, at the table of the Lord, they are all in it together.

Have you ever read CS Lewis’ Space Trilogy? I’m thinking especially of of the third book, That Hideous Strength just now. There’s a character, Mrs Ivy Maggs, who is a housemaid. At the beginning of the book, in fact, she’s cleaning the house of the Heroine. As the plot develops (no spoilers), Mrs Maggs becomes quite important and, because of her developing Christian faith, the Heroine must learn that it is quite possible for a housemaid to also be one’s equal, one’s superior and, one’s friend, and finally one’s sister, all the while still being a housemaid.

Paul is walking the Church at Ephesus through this process. We only get one snapshot, but we see him doing the same thing in other places, other epistles. Paul is using if you will, Identity Sacramentalism: each person’s cultural identity – slave, wife, children, etc – becomes a teaching sacrament aimed at the powerful. This is possible because, in Christ, each person is an icon of God. How do you paint the icon of God as a slave? How as a housemaid?

The question is how to apply it now, today? It’s 100% true that mutual obedience is still the path of Christian virtue. Self-will leads only to one place…

We live in a world of “Demand Your Rights” and “Overthrow the Oppressors!” “Eat the Rich!” “Not in my backyard!” “We are the 99%!” Paul’s solution to this problem is evangelism. As the Tao te Ching says, “Water flows to the lowest place and fills up the valley”. By being the lowest we conquer. No protests, no revolutions, no overthrow. But subversion.

And self-will is not that. Decidedly not that.