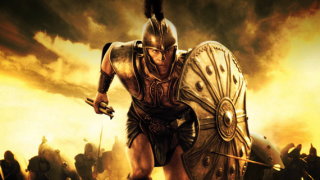 The readings from Paul’s letter to the Ephesians this week have seemed to confirm a lot of social norms. I hope my postings from the last couple of days have showed otherwise: God wants us to be like leaven, making little changes here and there, taking what is good, moving forward. Paul didn’t want to overthrow all of the culture of Rome: yes there were some things wrong with it, but Paul didn’t blame the Romans for that problem. In fact, over and over, the Apostles and the tradition of the Church seems to say mankind would have been ok, prepped for the Gospel “with the law written in our hearts”, but for one thing: demons. There is no god, Zeus, but there is a demon that has made us imagine that deity. There is no goddess commanding sexual immorality as her worship, but there are evil spirits doing so.

To win all the Romans away from the demons, Paul and the other Fathers needed to baptize the culture – bringing into the Church what was godly – but also to liberate it from demonic immorality. To change the world, you must change hearts. Those hearts are not corrupted by self-abuse: demons do it. Paul really seems to believe if you change people’s hearts, all this other stuff (which is not even fit to be named among the saints) will just stop. Model Christian charity in your relationships and soon, people will ask why your relationships are different. When people see their brother or sister in Christ is this person they have maltreated, they will stop treating them thus.

We wrestle not with flesh and blood, with the person, the icon of God standing in front of us, rather we approach them with mercy. Pope Francis has named this the Jubilee Year of Mercy for the Roman Catholic Church, but God’s mercy is not limited to one year only, nor is it a special project needed only in the Catholic Church. We all need to be reminded of God’s mercy. The person you see attacking you is not the source of the attack. We should not be moved into a defensive posture – Jesus is our armor and he has already won the battle! Rather we should be moved by pity for this person who is being spurred by the demons like a horse by a vicious rider. It matters not if the attack is from courts, various sexual errors, or being yelled by “radical atheists”. The party in front of you is only a tool: not the source. Inside their soul is being killed too – just as yours is if you are moved by anger.

When we realize that the attack coming at us is not coming from this person here and now, but from demons who have deluded that person into saying or doing things, then we can be open to show God’s mercy and win a new brother or sister from the demons. Attacking other humans is right out. We do not wrestle with flesh and blood. It’s the spiritual powers that we’re fighting. These are not destroyed by logical argument or by yelling and screaming. You do not win fights with demons by posts on Facebook or angry tweet storms: but you can drive away a person God has given you to love. We need to woo our human brothers and sisters away from the demons. This may be by steps in a logical argument, or by emotions. Bishop Robert Barron says to show them the Beautiful parts of our faith and let them fall in love – we can get the teaching and morality later.  This is, I think, St Paul’s teaching as well.

Notice what we are given (in verses 13-17): truth (a title for Jesus), righteousness (a title for Jesus), peace (a title for Jesus). Then there is faith (which I would read as my trust in Jesus) and my salvation (in Greek, wholeness/healing – which is only by communion with Jesus) and the sword of the Spirit, the “Word of God” although here the Greek uses not “logos” but “rhema” meaning the teaching of God. What weapons we are given, mostly, are all Jesus and our faith and communion in him. It’s not very martial at all unless you’re a demon. For our defense in the world – where we wrestle not with flesh and blood – all we are given is Love himself. All to proclaim the Gospel to those around us.

This verse has been on my mind a lot lately and here it comes up in the daily lections for mass. Why, you might ask, has this verse been on my mind? This seems even more important to say as the election is looming up in front of us. Even the candidate of the “other side” is a human being created in God’s image. How much more so his or her supporters who disagree with you on every side, who call you names, who even question your faith because of your political choices. At the end of the day, only the demons will profit from two persons, created in God’s image, having a huge fight in person or on line. But if you bring that person into a healed communion with you, in Jesus’ name, then you have gained a brother, and saved his soul and yours.