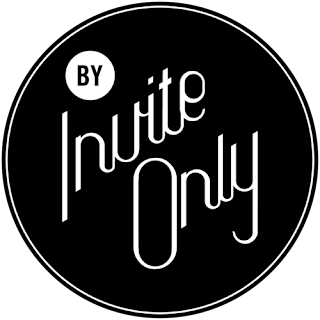 When thou makest a dinner or a supper, call not thy friends nor thy brethren nor thy kinsmen nor thy neighbours who are rich; lest perhaps they also invite thee again, and a recompense be made to thee. But when thou makest a feast, call the poor, the maimed, the lame and the blind.
Luke 14:12b-13

Many Orthodox Churches have lunch after the main liturgy on Sunday, this is a great boon since those who take communion have been fasting since midnight. At Holy Trinity in San Francisco it’s a huge meal, cooked by volunteers. At St Raphael’s in Asheville, it was a potluck every week of good, down-home cooking. It was most often the largest meal of the week for me – very helpful when I was earning minimum wage. Father Joseph told us one day that, in fact, it was not simply for breaking the communion fast: rather the meal after the liturgy, called Trapeza by some (really, that’s the name of the dining room in a monastery), is intended to be more communion: a sacred breaking of bread as a community. The Sacrament is not for everyone, but the Table Fellowship is. It’s the Agape Meal of the New Testament, itself a continuation (and evolution) of a Jewish tradition called a Chavurah, which may or may not be related to the hellenic practice of the Symposium (as described by Plato). I say “may or may not” because it could be a direct connection, or it could be just a thing common to Mediterranean culture. To this sacred meal the Early Christians added the rite of communion, but by the middle of the first century it was already being broken away from the meal function.

Most other traditions of Christianity have dropped this meal entirely which is sad: it was, really, a sacramental practice for the community. The meal itself is not “the Body of Christ” but it is the Body of Christ gathered around the table. It was a time of actual communion with the Body for those who could not share in the sacramental Communion at the Altar. As we used to say at St Gregory of Nyssa Church in San Francisco, “The feasting continues…” Other traditions, (almost everyone) have the “Coffee Hour” which can be more or less food, more or less formal. At St Mary the Virgin Church in Manhattan, back in the 1980s, at least, it involved a full tea service with Church Ladies pouring into china cups and a gentleman named Charles, IIRC, selling glasses of sherry. I do miss sherry after Mass…

Other traditions have huge potlucks often: once a month or once a quarter. However I find the further away from “sacramental” you get the further away you get from sharing food in community. That’s not always the case, although I think some communities are really rather sacramentally-minded without realizing it.

So, following Jesus command to not hold feasts for ourselves: let’s fantasize about what would happen the next time your religious community holds some kind of official food function… and you bring all the homeless people you passed on the way. As well as those you passed on the way that didn’t want to come to church, as such, but showed up about an hour later waiting for the meal part. Maybe you handed out little cards with the address and time – and a reminder it happens every month or every Sunday at the same time.

How blessed would everyone be?

(I find people are happy to feed the homeless as long as they’re out of site. What about announcing your scheduled meal on the reader board outside? That’s just really scary.)