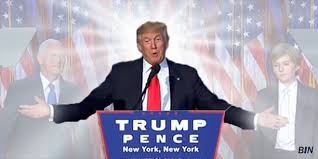 In 2004 (Bush/Kerry), the first year the NY Times took this data in the exit poll… the bottom two income brackets voted like this:

By education, the only bracket with a real win was those with post-graduate education – D 55% – R 44%
All other bracket were ties.

Democrats won percentage increases in all classes of education. HOwever among those with no HS diploma, there was an increase of 27%.

Very roughly speaking 25 percent more poor, uneducated people voted for Obama than Kerry. This class of voters is not racists. Get that out of your head.

Regarding the Messianic factor, you will remember that there was literally dancing in the street. I can vouch for it happening in Western NY as well as in SE Canada. The night after the election, a friend of mine made the tasty vanilla cakes to celebrate, decorating them all with the Obama “O” logo. As I passed the cake to the party next to me I said, “The Body of Obama…” However, the Messianic factor was still so high that my sarcasm was perceived and was not well received.

Apart from that 30 – 49.9 K category, (I’m thinking that is probably late Xers/Early Wage-earning Millennials there) everyone else had already begun to grow weary of the all-Hope still-hopeless world in which they found themselves. Lots more wars in places previously unimagined, a new tax of huge proportions (sold as “Obamacare”) and still inflation, and wage stagnation. ( This last means that while jobs and wages had increased numerically, they did not increase in real value: the dollar buys less and increases have not kept apace.)

By way of comparison, the next two categories went blue by single digits. Above $200k there was no change.

For education 1-2 years of college joined the red shift, becoming 10% more Republican. BA and post-grad folks kept shifting blue.
While some folks want to read this as “the poor woke up”, I don’t think so. Because the poor have gone from voting with the middle class to voting with the uppermost. That’s not a sign of change, that’s a sign of desperation. An increase of 180,000 jobs means nothing if most of them are at minimum wage. Increasing the minimum wage is not the right answer: if more people are at the bottom and you simply raise the level of bottom, in fact, then more people will be competing at the bottom. Why do I need to hire your kid for this McJob? I can get a college grad who is about to go into debt with his loans and my customers will be happier. Math is hard.
What I think is happening is a desperate run hither and thither. The bottom has fallen out of a lot of personal economies. Yes, I can see that one is about to have a self-inflicted foot injury, but American politicians are playing with fire. I honestly don’t know what Trump will do, viz this voter pool. I do think that he’s going to be a surprise, either way, like the Tea Party was. We are obligated to pray for our leaders and will continue to do so at each MP, EP, and Mass.

But the folks in this poll need to find an answer. If Trump blows them off, now that they’ve elected him, the next time someone extends a carrot in hand, they might come back with only a stump.