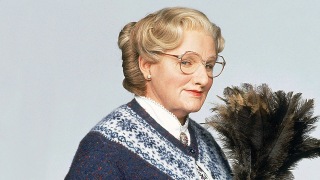 Remember the wife of Lot. Whoever seeks to preserve his life will lose it, but whoever loses it will save it.
Luke 17:32-33

For some time there has been a growing fear that “some Christians supporting Trump” will get turned into “all Christians”. Most secularists can’t tell the difference between a Charismatic and a Carpatho Rus Orthodox, or between a Russian Molokan and a Mormon. We’re all the same lunatics to them. The ones who can tell the differences know that the only thing dividing the good, secularized Christians from the bad, religious ones is a deeply felt, mystical experience. They keep an eye out for anyone that might show signs of “conversion”. Right now and for a long while, really, the secular world has some Christians hating on other Christians, but the world knows we’re all rather dangerous. Some of us just happen to be close friends with the firing squads and so imagine “I’m safe”.

Remember Lot’s wife… I have written elsewhere how I’m sure Mrs Lot wasn’t turning around to remember the town where people were abused, where her own daughter was murdered for feeding a beggar. I’m sure she has no fond memories of her husband offering her youngest children to be raped by a mob of neighbors.

No. Mrs Lot is nostalgic for the cafes where only the rich could go. She’s fondly remembering the cool evenings with slaves fanning off the flies as one eats a light meal with one’s husband and talks over plans for the summer hols. She’s lamenting all their stuff and things lost in the anschluss of God’s righteous anger. Sure, the people could be a bit snobby, and yeah they really didn’t like her husband’s piety, but they really did make a nice latte. And her family was living quite comfortably, Baruch Ha-Shem, and all that other stuff could be kept outside by just closing the door. Unless one wanted a latte.

The election has played out the way it has and many of us still live in the outer burbs of Gomorrah. We like the lattes and the opera. We love the mass transit and the awesome foods. But how like Mrs Lot are we being? At the Monastery, Fr Prior felt we were coming to a fulcrum point. Something would snap and we would find ourselves unable to function. We would be in a world where we no longer wanted to play the game because to do so would be to deny Jesus. Some people would play on willingly, to keep their lattes. Some would not. These latter would lose their jobs and other things; but they would keep their souls. The NABRE has it put wonderfully well:  Anyone who is so “progressive” as not to remain in the teaching of the Christ does not have God. But the same is true this way: Anyone who is so anything as to not remain… You can leave the narrow way to the heights or depths, like Icarus, or to the right or left, like a drunken driver on a mountain roadway.

We want to imagine we can play by the rules enough to keep our lattes. We can pretend to be someone we’re not, just to keep our happy life intact: dysfunctionally so, but intact. Mrs Doubtfire is wonderfully charming, but Mrs Lot is who we are. In fact, to avoid being Mrs Lot, we have to be Jesus. And that story only has one ending.