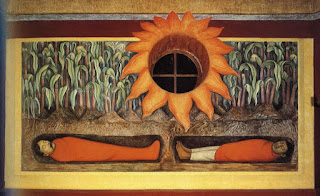 You will even be handed over by parents, brothers, relatives, and friends, and they will put some of you to death. You will be hated by all because of my name, but not a hair on your head will be destroyed. By your perseverance you will secure your lives.
Luke 21:16-19

Near the turn of the century, a friend and fellow-convert to the Orthodox Church, said he felt that as a faithful Christian, he was too conservative for his liberal friends, but too liberal for his conservative friends. Several of us identified with that saying. It seems to still be the case. Those who try to be faithful to the teachings of Christ (regardless of their denomination or community) will find themselves opposed in our society by more libertine parties who don’t like rules, but also by parties who want more rules in more places. These days, Christians find ourselves at odds with the “Sexual Revolution” on one hand and the “Alt-Right” on the other. Christians see both immoral excess (sex, drugs, and rock and roll!) and abuse of persons for race, religion, sex, or any other reason at all as a denial of the Image of God in each individual person and in all human people together.

To paraphrase an old lefty slogan, for the Christian, no one can be saved while others are oppressed; be that oppression internalised addiction to the passions that destroy the Divine Icon within us, or externalised addiction (via culture, economics, or politics) to the destruction of the Divine Icon in those around us. In today’s political terminology, Confessing Christians are not so much red or blue, as they are purple.

As the divisions between these Red and Blue camps both increase and mutate in our world the Confessing Christians will be in danger. One can be a sexual libertine and also a racist at the same time. One can be a strident nationalist “War Hawk” and also strident Pro-Choice campaigner together. One can be a hater of the Church and a lover of the State all at once. But one can be none of those things and be faithful to the Gospel of Christ. As Red and Blue creep more and more into our parishes, conferences, and synods, the Purple will even be hated by fellow Church-goers. Our lesson from the Apocalypse imagines everyone hating Christians. Increasingly, as one who prays to be faithful to the orthodox, catholic faith of the Martyrs, I fear life in Alabama as much as life in San Francisco.

On the sea of glass were standing those who had won the victory over the beast and its image and the number that signified its name.
Revelation 15:2b

This political purple, however, given today’s climate is perfect for us if we remain faithful to the end. (Although I fear to be too explicit in this post, even now, by your prayers may I be included in the Confessing Church’s band.) Purple is the color traditionally assigned to Royalty and the Church has long praised the ennobling sacrifice of her martyrs. St Cyprian sings the praises of this band thus:

How blessed is our Church, which the greatness of the divine favour thus illuminates, on which in these our times the glorious blood of the martyrs sheds radiance! Aforetime she was white in the good works of the brethren, now is she empurpled in the blood of the martyrs. Her garlands lack neither the lily nor the rose. Now let every one contend for the fullest meed of either honor. Let them win a crown either white with good works or purple with suffering. In the heavenly camp both peace and war have their own garlands wherewith the soldier of Christ may be crowned for victory. (St Cyprian – Letter viii.).

The Church may have grown lax in all places, unable to withstand the cultural assaults, but “Aforetime she was white in the good works of the brethren, now is she empurpled in the blood of the martyrs.” There’s hope for one yet, who has lived a life in dissolution and excess, there’s hope for one yet who has hated and destroyed the Icon of God wherever he found it, in himself or in others: lacking good works (the lily, the white crown), I think we may find ourselves, shortly perhaps, able to avail ourselves of the rose, and be made purple with suffering. On the whole, it may be my only hope, really.

By our prayers for each other, and the prayers of the empurpled band gone before us, may we finally sing the Song of Moses (which I never realized was to the tune of “Tzena Tzena”) and of the Lamb.

PS (relative to an earlier post): In the lection from the Apocalypse, there is this phrase: a sea of glass mingled with fire (15:2). The footnote in the NABRE says, “fire symbolizes the sanctity involved in facing God, reflected in the trials that have prepared the victorious Christians or in God’s wrath.” We have two choices: facing the fire of God as dry kindling, or, as Abba Joseph said, “You can become all flame.”