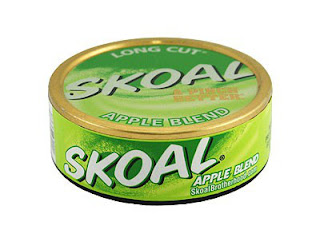 Totally counting down now: today and tomorrow morning: sunset tomorrow and it’s Advent. Boom. The trump it shall sounds and the dead shall be raised… and judged according to their deeds. What have you done?

I had a meeting after the recent troubles began and my companion said, “I’ve read MLK’s Letter from the Birmingham Jail several times this week. I don’t want to be the White Moderate.” The moderates thought they could change the system from the inside… make Jesus’ Kingdom happen in the midst of Babylon, raise up Israel to be happy in Egypt.

According to their deeds. If anyone tells you all you need to do is pray the sinner’s prayer, they are telling you lies.

The problem is we can’t just say “I’m sorry…” A priest on twitter on thanksgiving was complaining that his own family (fleeing persecution in their homeland) only got here in 1910. He had nothing to say about the slaughter of Native persons. Certainly I never owned slaves or had anything to do with the ways persons now long dead treated anyone.

I’m trapped in a culture that built its homes by the hands of slaves on lands stolen at the point of a gun from others who were deported. It’s not enough to say “I’m sorry” when the very clothes on my back, the house in which I eat, the food I’m given to consume are all the products of injustice.

We start by not doing it any more. Then we move on to undoing it. Today is Black Friday in the USA, so called because the retail companies often fall “into the black” because of all the craziness that happens today. How unjustly they pay their workers, their laborers, their manufacturing sources – these should all be our concerns as Christians: not do they say  Merry Christmas” to us at the register. If we refused to spend so much money… we might be on the way to building justice.

According to their deeds. If anyone tells you it’s all about love and can’t we all just get along, they are telling you lies.

To be certain, Jesus does not call us to a violent revolution, nor to overthrow massive institutions by force. But he does call us – indeed he models for us – sedition and sabotage.

In my youth there was a huge panic about “The Cults”. People were convinced their children were going off to college and being “kidnapped” by various religious movements and “brainwashed”. They would send “deprogrammers” out to rescue the lost children. It was a serious thing. And, although there was some serious abuse, you can understand the parents’ concern: their son or daughter had been divorced from the common view of the world. Up was down. Left was right. Wrong was suddenly right.

It was love that wanted them to rescue their children. If all your friend were trapped in a matrix of lies – wouldn’t love call you to rescue them? wouldn’t you do anything to open their eyes, to rip holes in their mental armor, to at least let them see there is another way, even if they were screaming “NO” the whole time?

According to their deeds. If anyone tells you it’s about this political view or that, they are telling you lies.

The politics of this world are all tied into the same system, the world system (in Greek, the “Kosmou”) that is built, brick by brick, from the first injustice (stealing food) and the first murder: until we have what we have now. No secular politician will get you out of it or even bring you close. The very purpose of secular politics is to keep you enslaved. Fascist, Communist, Marxist, Capitalist, Democrat, Republican, Monarchist, Anarchist – all human sinners – you, personally, may find it easier or preferable to work out your salvation in fear and trembling under one or the other of these philosophies, but none of them has a divine mandate and all were created to avoid living in the Kingdom of God.

According to their deeds. If anyone tells you that some part of this world is fine – even though the rest sucks – they are telling you lies.

An Episcopal Priest once said he thought that, if it would save a life, he saw no problem with offering a pinch of incense to Caesar. (Those were his exact words.) He thought any sensible person today would see that.

When Confessing Christians gather, we hear the stories of the saints, we pray for the world, and we break bread. We live in love – merciful and just – with each other. And when we find we have listened to the world, and been lured to some other place… we confess and come back. Confessing Christians are not sensible people. They do not even think of just a pinch of incense worth of cooperation with the beast… it’s unthinkable.

It is our deeds. Not changing the world, but our deeds. Not overthrowing the system but making day by day seditious acts of love – merciful and just – that will sabotage the whole thing, liberate our friends and… let’s be honest now:

Cost us our lives.

I also saw the souls of those who had been beheaded for their witness to Jesus and for the word of God, and who had not worshiped the beast or its image nor had accepted its mark on their foreheads or hands.
Rev 20:4

According to their deeds. Refusing to worship this world, not even with a pinch of smoke, refusing to do its dirty work, refusing to even pretend to do so: this is the deed we need. But we will die. 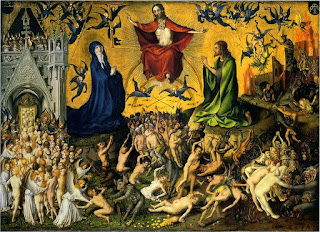