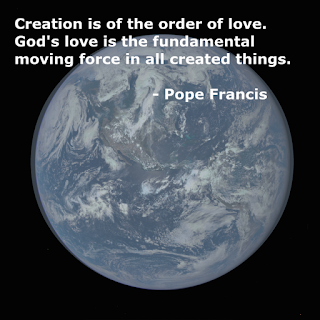 RSVA, Douay, or NABRE with other Mass texts.

For the earth is filled with the knowledge of the Lord, as the covering waters of the sea.
Quia repleta est terra scientia Domini, sicut aquae maris operientes.
Isaiah 11:9

As I was comparing different Bible translations I noticed that the Douay and the Young’s Literal Translation only (of all the ones I had available) have have a very different reading of the concluding sentence in this passage. All other translations put that last sentence in the future tense, following the rest of the prophecy. But Young’s and the Douay have it in the present tense: instead of “the earth shall be filled” we get “the earth is filled.” Douay follows the Latin. St Jerome’s Vulgate text renders it repleta est terra, “full is the earth”. Finally, I looked at the Hebrew. I have to be careful here, because After two years of Hebrew, future tense was not very kind to me. Yet, when I looked, what I found was מָלְאָ֣ה “Maleh” “full”. It’s in the present tense!

In Romans 8:22 Paul says that all creation groans under the weight of the human fall. How is that to be understood? It’s not possible for rocks to sin, or for squid to need redemption. How is this creation left groaning?

Man is the Lord of Creation: man is the priest-king that is to stand offering all of the world to God… and he is fallen. He has become so much less than he should be, than we should be. We are all this fallen man. And so, everything under us groans because it is filled with the knowledge of God, it knows what it should be, it knows what we should be, it knows fully what we are keeping from it. The wolf is begging to dwell with the lamb: and the leopard longs to lie down with the kid: the calf and the lion, and the sheep know that they should be together, led by man as Child of God. The calf and the bear are begging heaven to feed together and they pray for the day their young ones shall rest together: but it is our sins that keep them from their natural place. The world is so disordered that we think all this nature red in tooth and claw is as it should be. We never realize what we’ve done to everything in the wake of our fall.

Pope Francis says “…each creature has its own purpose. None is superfluous. The entire material universe speaks of God’s love, his boundless affection for us. Soil, water, mountains: everything is, as it were, a caress of God. (Para 84, Laudato Si)

There are many stories of the Saints, from Mary of Egypt and the lion, and Francis of Assisi and the wolf, Seraphim of Sarov and his bear, and more… all of these show that when Man’s unity with God is restored, so is Man’s unity with the natural world – and the natural world is healed itself. “Pacify yourself and heaven and earth will be pacified for you” (Abba Isaac) (Here is a whole page of Orthodox stories of saints and animals.) This world in which we live is waiting to be redeemed, not from its own fallen state, but rather from the fallen state of its divinely appointed rulers.

A common ranting point online is the difference between “being stewards of God’s creation” and “having dominion over God’s creation.” We act as if the fall has never happened, as if we might now – as fallen humans – know what best to do with God’s gifts to us. That is, really, the same sin as Eve grabbing the fruit. We are not yet grown to maturity because we have not let ourselves learn. We cannot treat creation as we would, exploiting it, destroying it.

It is not enough, however, to think of different species merely as potential “resources” to be exploited, while overlooking the fact that they have value in themselves. Each year sees the disappearance of thousands of plant and animal species which we will never know, which our children will never see, because they have been lost for ever. The great majority become extinct for reasons related to human activity. Because of us, thousands of species will no longer give glory to God by their very existence, nor convey their message to us. We have no such right.
(Para 33, Laudato Si)

He continues, “Today, however, we have to realize that a true ecological approach always becomes a social approach; it must integrate questions of justice in debates on the environment, so as to hear both the cry of the earth and the cry of the poor.” (Para 49) Advent is not just about hope for us… Jesus says, “I say to you that many prophets and kings have desired to see the things that you see and have not seen them…” and all of creation as well, longed to see these things. This, in turn, is care for the poor, is care for all the world.

In the Jewish tradition there is the teaching of Tikkun Olam, the restoration of the world. In the end only God can do it, of course, but he has begun the work in Jesus Christ and it is continued in his Church, even only to be fulfilled in the Last Day. Yet we should be about that work now. The earth is filled with the knowledge of God. All of Creation is of the order to love, says the Pope. It is us who are out of order. I’m out of order, you’re out of order, this whole creation thus is out of order because of us.

Only we are out of step: we’re throwing off the entire dance. Advent calls us to march to the beat of different drummer. All of Creation, filled with the knowledge of God, already hears it.