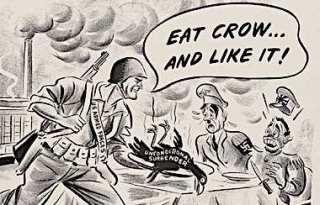 In the Douay, RSV, and the NABRE with other Mass texts.

Vae provocatrix, et redempta civitas, columba! non audivit vocem, et non suscepit disciplinam; in Domino non est confisa, ad Deum suum non appropinquavit.
Woe to the provoking and redeemed city, the dove. She hath not hearkened to the voice, neither hath she received discipline: she hath not trusted in the Lord, she drew not near to her God.
Zephaniah 3:1-2

In the Gospel today we hear of the two sons.

Most of us are that second son. We say yes but we don’t do it at all. We know what we promised, but we can’t quite get up the gumption to live up to our Baptism. I am thankful that God is merciful, but he’s got a lot of fun in store.

I notice the Douay, following on St Jerome’s Vulgate, in turn following the LXX, ends Zephaniah 3:1 with the word “Dove” (columba, περιστερά).

Translations that follow the later Masoretic Hebrew Bible render these verses in some variation of this:

Woe to the city, rebellious and polluted, to the tyrannical city! She hears no voice,
accepts no correction; In the LORD she has not trusted, to her God she has not drawn near.

The Dove (or Pigeon) seems important because the Holy One certainly loves this city. She’s just messed up, that’s all. She’s redeemed, but all kinds of ungrateful. She’s rebellious and polluted. Evidently she houses prideful people who tell lies. They are prideful because of the Lord’s House in the midst of Israel. In other words, they look like religious people. But they are boastful, hateful, arrogant, oppressive, and all because of the Church in the midst of them. Not that they do much by way of piety beyond the show of it. She’s a Dove. But a dirty one.

I don’t have much to say by way of supporting American Exceptionalism, as I wrote a couple of days ago, but because quite a few of us believe it, this prophecy sounds like it could be aimed at us. This is how we act, despite the claim that we have our special mission from God. We don’t really care about the morals – but it looks nice to say “one of us” is in power. The Church caved in to politics early on, as far as divorce goes – that’s why the Eastern Churches allow for divorce and remarriage. In the Byzantine Rite there is even a service for a “second marriage”! It’s there because some Byzantine Officials wanted remarriage. The Church said, “eh… ok”

It’s the same way here in the USA. The Church in America – Catholic, Orthodox, Protestant – is like the Second Son. We keep saying yes to God, but damn it all, if we don’t just go do whatever we want. I might expect that of the Protestant Mainline, but even the conservative Protestants do it. Mormons changed their teaching on marriage (Polygamy) just to be let in to the Union! Catholic politicians, Orthodox ones… they all sell out. And we want them to: because we want an excuse to sell out as well. See: we treat our politicians as Moral Arbiters. This is why there are so many pro-choice Catholic politicians and why a Pro-Choice Orthodox Senator is an Archon of the Ecumenical Patriarchate. We are like a beloved dove – which is a pigeon: rats with wings, my old NYC friends used to call them. They are pretty and all. But they love garbage. We are a “City on a Hill”, so we claim. Well, if that’s who we say we are, then we’re the South Bronx on a Hill. 1960s Riot-Era Newark On a Hill.

God’s got a good thing planned, however: he says he’ll feed his people crow until they learn to be humble and depend entirely on him. He says he’ll bring in strangers from a foreign land to weaken the pride of his people. He says, in the end, there’s nothing for his people to be ashamed of, because he’ll have fixed it.

Mind you, as hopeful as all that sounds, it also doesn’t sound pretty. It sounds like the classic solution for mis-formed bones: break them, and force them to heal straight, maybe by forcing them into braces that hold the bones in certain painful – but correct – ways. Yeah, salvation by orthotics… we can walk correct, but our feet bleed.