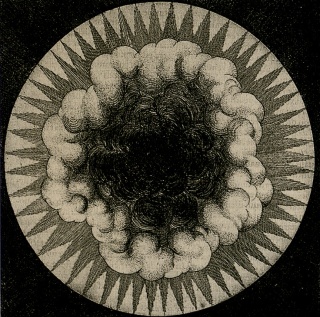 In the Douay, the RSV, or the NABRE with other mass texts.

O Key of David, opening the gates of God’s eternal Kingdom: come and free the prisoners of darkness!
Alleluia.

The full text of the Antiphon is:

O Clavis David, et sceptrum domus Israel;qui aperis, et nemo claudit;claudis, et nemo aperit: veni, et educ vinctum de domo carceris,sedentem in tenebris, et umbra mortis.
O Key of David and sceptre of the House of Israel;you open and no one can shut; you shut and no one can open: Come and lead the prisoners from the prison house, those who dwell in darkness and the shadow of death.

It’s very hard to read something about keys and not think about heaven and hell, and indeed we have that here: Messiah unlocking hell, and bringing souls to heaven. Freeing us from death and bringing us to life. This Antiphon is one of a pair (with tomorrow’s) speaking of darkness and light. I shall take the liberty of reading this one as more concerned with darkness since tomorrow we think about the Dawn (Oriens).

Ask for a sign from the LORD, your God; let it be deep as the nether world, or high as the sky! But Ahaz answered, “I will not ask! I will not tempt the LORD!”

What is our darkness? I’ve pointed snarkily at it several times in the recent course of these posts: we love the idea of God but we reject any God who dares speak.

We have a two-thousand year tradition, and some want to imagine that they can toss it out because of modern “gender” politics; a 4000 year old morality (that is widely accepted around the world in various traditions) and people want to toss it out because sex is fun. All that’s fine, if you want to play by your own rules, sure. But if you want to follow the God with the keys of heaven and hell, he’s already told you what to do. We are blessed to have a God that speaks clearly through his Church – as he promised he would – and most of us want to pretend God is only mute now, and never spoke before, or, if he did, it was only good for a short time. We have erected an artificial cloud of unknowing that keeps us in our own self-enforced darkness. We say in our pretend piety that excuses our sins, we dare not lie about God by using outdated ideas. Yet we dare to lie about God using our own modern lies that are only as new as Diagoras of Melos and Heraclitus.

In our false piety we claim to be really following God because we won’t let dead people put words in God’s mouth – when, in fact, it was he putting words in theirs. We won’t let old rituals keep God in a box, when, in fact, he inspired both the text and the rubrics to help us follow him. We won’t let ancient cultures rule ours, when, in fact, he ruled them – and would rule us as well. But we don’t like kings. We have blinded God by locking our eyes shut, we have silenced God by destroying our ears, we have killed God by ending life as we know it. We have ended His story only by insisting that history is meaningless and that all events are disconnected; that life just ends and stops. Today things are different, we say, as we turn out all the lights, and clang the prison doors shut behind us. We’re safe in here. He can’t come and get us. We’re safe, we say, from God in the Prison Satan has built for us, deluding us into imagining we want to be here.

I’ve heard the Resurrection joyfully denied at Easter, the Virgin Birth merrily denied at Christmas, the Divinity of Christ piously denied from the pulpit, the Second Coming of Christ denied on Good Friday – all by people who say they are Christians. I have no idea what the point even is any more, in that idea of “religion” except to damn souls to hell.

They have returned to what the world is: our mission field. Darkness waiting to be illumined.

Jesus comes with the Keys to unlock what can never be locked again. And to lock up what can never be unlocked. When we turn to him, he can free our minds from the prison we have built from bricks that we have baked using clay and straw we ourselves have gathered. And with Jesus – only – we can free the world.