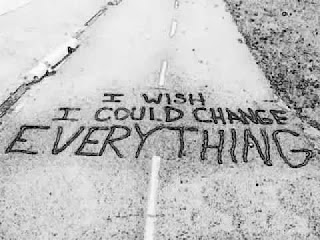 In the Douay, the RSV, or the NABRE with other Mass texts.

Quoniam tres sunt, qui testimonium dant in cælo: Pater, Verbum, et Spiritus Sanctus: et hi tres unum sunt.
Thus we have a threefold warrant in heaven, the Father, the Word, and the Holy Ghost, three who are yet one.
1 John 5:7

All the cool Bibles leave this verse out. I’m sure they have their reasons, Mr Knox, following Mr Douay and Mr Rheims, in turn following Mr Jerome, who was following the best texts of his time, leave it in. And they have no axes to grind against the Church so I will trust them. The RSV skips it for their own reasons and the NABRE does as well. So, go as you wish, but 5 of my 7 go-to sources have it. So I have it.

For our relationships, that they may holy, healthy, and honorable at all times.

I’ve been wrestling with this idea for a few weeks, since I first visited the San Francisco chapter of the Courage Apostolate, which is a 12 Step-based community for people who struggle to live according to the Church’s teachings on sex, especially as people who experience attraction to their own sex.

When I finally attended my first meeting I encountered Courage’s formulation of the 12 Steps. I was especially struck by steps 8 and 9:

When I moved to SF (in 1997) I got a call from someone whom I’d not heard from in years. It was a fun call, a little, I don’t know, hyped and oddly sexual. But it ended with good laughter and was over. About a year, or maybe two later I got another phone call from the same person telling me that he had been very drunk/high during that phone call, had no idea what was said. He had found an unknown number on his outbound calls and knew he needed to reach out, under the guidance of his N.A. Sponsor, to make amends. We had a long talk, and forgiveness and love was shared.

When I read steps 8 & 9 that phone call came back to me. Was I expected to do that? To everyone whom I had hurt in an through my sexual sins and explorations? That list can go on for years!

How many of my relationships are not holy, healthy, and honorable! And how many more have not been!

Holy and Healthy are, essentially the same thing for to be saved and to be whole are the same thing and we turn to Christ for both. It is with Christ, also, that we form our primary relationship. Through that relationship all others are kept in balance. Proper relationships of Agape begin and continue as acts of self emptying, self sacrifice. As the Father pours his being into the Son, and through the Son into the Holy Spirit; as Son shares his self sacrifice to the Father, through the Holy Spirit with us; as the Spirit lives through the loving communion pouring himself out to each and through each. So are we, in our Self Sacrifice to God in each other,ade to receive the indwelling Spirit, with the Son and the Father, and so are we made to pour forth ourselves to God, present in our neighbors as we worship. This pouring forth, this self-emptying is, exactly, our identity.

We come to realize that an unchaste relationship is neither holy nor healthy. It is one in which there is a constant struggle to self-defense against or in spite of the other. Unchastity is a zero sum game where one must contain, control or confine the other. That can be in a negative or positive sense: you satisfied my sexual needs so move along now. Relationships that are neither holy nor healthy move us away from – not towards – our salvation.

This all came home harder last night, at the first Courage meeting of the new year when the topic was Step 8! I admitted that I was lost and had no idea how to navigate around this step. Yet I was very thankful I was only at my second meeting! I could wait a while before worrying about how to deal with something so advanced. I still had to do step 4, at least, “We made a searching and fearless moral inventory of ourselves.” Yeah, that’s going to take a while to get to.

Humans share one human nature, in the divine pattern: as the Trinity is one in three persons, so are we supposed to be one in many, one shared communion of love.  We mess that up at every turn, yes, but that is what we are called to be.

Mindful that, as I noted yesterday, even Christian Marriage is a chaste institution: sex is always about self-sacrifice and love, never about self-satisfaction, always open to God’s gift of life, so we are all called to Chastity in our relationships. Where are yours? How do you find yourself working on “holy, healthy, and honorable” relationships? What brings you to that place of salvation?