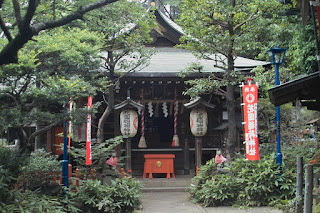 In the Douay, the RSV, and the NABRE with other Mass texts.

Last Saturday the Men’s Club at St Dominic’s Catholic Church had the annual Spaghetti Feast. When I think of Catholicism in America, I – since I’m a white European sort of person – naturally think of Italians and Irish. (Of course at one time my own ancestral England was Catholic – another story another time.) And so it will not surprise you, I think, to think of such a meal in a Catholic Church basement. There was a live band playing the theme from Godfather! And a lot of Tony Bennett and Frank Sinatra. At one point Fr H got up and sang “That’s Amore“. You know it’s a Catholic Church when the Irish Priest is singing Italian songs at a Spaghetti dinner! It’s about the most Roman Catholic I’ve ever felt (and I’m not even one).

I have long been fascinated with two Eastern Religions: China’s Taoism and Japan’s Shintoism. Something about both of these feels, to me, very Orthodox, very Catholic. I cannot yet put my finger on it, but it’s there. On a computer I used to own (with Win 2K) the image above, of some Shinto Shrine, used to come up from time to time as the desktop Wallpaper. I can get lost in such images, imagining the the Mass or Divine Liturgy being served in such a place. There is, of course, something Not Christian there, too. But it seems more Paleolithic: Pre-Christian rather than Anti-Christian. The same is true of Taoism for me. I keep close at hand a copy of Cheng Man-Ching’s “My Words are Very Easy to Understand”, an interlinear Tao Te Ching with commentary. And the I Ching, as well, as a meditative text. Again: not as objective things, in and of themselves, but something true about them, something there that points…

What Knox calls the “Great Throng”, the NABRE says is the “Vast Assembly”. The RSV gets a bit more traditional and calls it the Great Congregation (language I’m used to). The Douay says it’s a Great Church.  The Vulgate could mean that, when it says Ecclesia Magna which does follow the Greek, ἐκκλησίᾳ μεγάλῃ Ekklesia Megale. And this last does mirror the Hebrew קָהָ֥ל רָֽב Qahal Rav. To be honest, I think the modern “assembly” and “throng” miss the point. This isn’t everyone: rather it’s a certain subset of everyone. Qahal, ἐκκλησίᾳ, Ecclesia, and in English, Church, all carry the sense of “called” or, better, called out. Called out of what? why, everything, everywhere. The Catholic Teaching is now and has always been as St Justin the Philosopher said in the 2nd Century:

But lest some should, without reason, and for the perversion of what we teach, maintain that we say that Christ was born one hundred and fifty years ago under Cyrenius, and subsequently, in the time of Pontius Pilate, taught what we say He taught; and should cry out against us as though all men who were born before Him were irresponsible — let us anticipate and solve the difficulty. We have been taught that Christ is the first-born of God, and we have declared above that He is the Word of whom every race of men were partakers; and those who lived reasonably are Christians, even though they have been thought atheists; as, among the Greeks, Socrates and Heraclitus, and men like them; and among the barbarians, Abraham, and Ananias, and Azarias, and Misael, and Elias, and many others whose actions and names we now decline to recount, because we know it would be tedious. So that even they who lived before Christ, and lived without reason, were wicked and hostile to Christ, and slew those who lived reasonably. But who, through the power of the Word, according to the will of God the Father and Lord of all, He was born of a virgin as a man, and was named Jesus, and was crucified, and died, and rose again, and ascended into heaven, an intelligent man will be able to comprehend from what has been already so largely said.

Justin says I don’t want you to think that Christianity imagines that the rest of the world is going to hell in a handbasket: Just because Jesus was born 150 years ago doesn’t mean that all the world before (and much of it since) is lost.  Christ is the first-born of God, and we have declared above that He is the Word of whom every race of men were partakers… That is to say that the Seeds of Christ are in all the world. …and those who lived reasonably are Christians, even though they have been thought atheists; as, among the Greeks, Socrates and Heraclitus, and men like them… The word translated “Reasonably” several times in this passage is “according to the Logos” meaning, the word of God, those who live According to Jesus even without knowing it.

I’ve said it before and it’s worth saying again: Since Jesus is The Truth, then All Truth is Jesus.  In each culture, around every human hearth, there is an “Old Testament” waiting to be fulfilled. The Gospel will find a way – it has nothing to do with Making Americans into Russians or Greeks. It has nothing to do with making the Japanese into Russians, or the Mayans into Greeks. It has nothing to do with making those of us of Western European Descent into Arabs or what have you.  But for a long time – in the East and the West – it has had to do with exactly that. The truth of the Gospel was not exported without a culture, without colonialism.  The Apostles ruled against such a thing in Acts – Gentiles do not have to become Jews first before they can become Christians; nor does Our Lady of Guadalupe need to be dressed up in Roman robes and blond hair.

In Jesus’ day, a large number of people came to him also from Jerusalem,  from Idumea, from beyond the Jordan,  and from the neighborhood of Tyre and Sidon. He told his disciples to have a boat ready for him because of the crowd, so that they would not crush him.

Now we have the whole world, the Great Church. The Gospel transcends race and culture as surely as God transcends time and space.  Our Job, as evangelists, is to declare the Gospel in the community of all people called out from the world. We won’t make them Latins, Jews, or Greeks: rather if we let the Gospel Light shine fully they will see it and become more fully Japanese, more holistically Chinese, more illuminated Mayans: Humans as they are supposed to be, fully able to be who they are in God’s image without losing their heritage in some great Mediterranean soup or American Melting Pot. (There’s nothing wrong with those last two save that we can’t equate the cultures with the Gospel.)

If we are to declare God’s word in the Great Congregation: how can we open up to the the languages and places of worship… the Unknown Gods that prefigure the Truth?