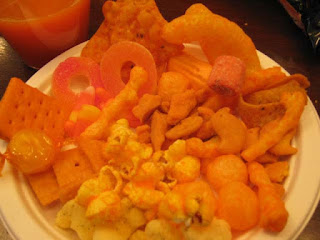 In the Douay, the RSV, and the NABRE wth other Mass texts.

Alleluia: God was reconciling the world to himself in Christ, and entrusting to us the message of reconciliation.

It seems correct today to comment on recent and forth-coming events in the National Life of the United States.  It seems, also, that the Alleluia verse today invites us to such conversation.

I, personally, have little to no doubt that the socio-political status of several groups in the USA is about to change. Some will go up, some will go down. What else I know is it has ever been such at times of national change. What I don’t know is the veracity of various predicted changes. Our incoming glorious leader has shown himself to be mercurial at the least, regarding those in favour and those out of favour. I think about the man as I once felt about my boss, the Presiding Bishop of the Episcopal Church: those around him are more troublesome than the man himself. And because he is loyal, he will believe no ill of his friends nor good of his enemies. Yet because he is selfish, ultimately we won’t be able to predict his friendships from day to day. Silos of power will be constructed, people of good faith will fall ill of power from day to day, and things will generally suck. Not because of the policies of the man but because of the personality of him.

So what’s a Christian to do?

St Paul would tell us, speaking from the experience of Caligula and Nero, that we must pray for our leaders, and that by name and in firm charity and peace.

And, mindful of our Alleluia, we must be ministers of God’s reconciliation.

That does not mean cooperation with the Government, nor does it mean peaceful coexistence with injustice. It does mean living out the Gospel 24/7/365. Our government and much of the world functions in a zero-sum, divide and rule sort of game. Our faith is all in: Love. Apart from the book of Revelation (and that only if some readings are correct) you will find no Christian text speaking evil of the Emperor. This is telling. The Christians of Rome seemed to treat the person in front of them as God’s icon for veneration, and the person not in front of them – including the Emperor – as next in line for veneration. It is this attitude that most becomes us as followers of the Man who gave his life for three murderers on Good Friday: as ransom (for Barabbas), as fellow victim of Roman political oppression (with the “wise thief”), and as fellow sacrifice for Roman justice (with the “evil thief”).

We are to stand where we are and, mindful of the road to Calvary and the missions of Paul, walk where we are led, serving all those who come before us as if they were Christ, himself, because they are.

This could mean washing the feet of homeless one day and serving a meal to rich people the next, praying with people who voted for and against what has come to pass, and trusting God that we get what we need to work out our salvation; mindful of one thing: no matter who your family, race, or religion were before, be they rich white power people, or poor people of color, Christian martyrs or Jewish Holocaust victims… It is you, now, who is working out your salvation, not them.

Do the right thing.

This is all that is asked of us, and all that we can do.

Do not forget: Faithful Christians can never afford to settle for merely earthly ideas of justice (which are most often just legalized revenge) – for we are all equally condemned and all equally saved. Our only choice is the living out of one or the other. No matter who stands before us, until he stands condemned before the Great Judge, it is your job to get him saved, to minister divine reconciliation to him and all with him. And to love him. Full stop.