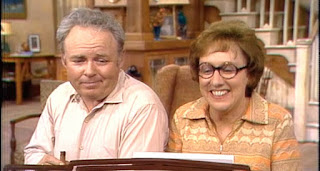 In the Douay, the RSV, or the NABRE.

Then Jesus looked about at those who were sitting around him, and said, Here are my mother and my brethren! If anyone does the will of God, he is my brother, and sister, and mother.
Mark 3:34-35 (Knox)

When I was a freshman in college, in the Spring of 1983, I went on an Episcopal Regional Youth retreat (Region II was, then anyway, all of NY and NJ plus Haiti), led by the woman who would (later) be a prominent seminary professor and other things to other people. She’s a teacher through and through: engaging and engaged and loving in delivery. On her first night she spoke on this passage, a talk she called “Family in the New Creation” and it was (and still is) a bit of a shaker for me: a formative moment. It become a touchstone of my  understanding of self. Perhaps not surprisingly, given the source, it’s not very (o)rthodox. It’s certainly not (O)rthodox. Yet, in today’s Protestant world, it would seem trite, conservative even. It would also seem that way in today’s moral climate, I think.

I won’t trouble you with some of the more scandalous stuff, although you can fill in the gaps if you know me well enough. There are two points I still find important: one gets two thumbs up and one gets one thumb down and one thumb up. Since the latter is, in fact, the foundation of the whole thing I’ll do it first:

Her main point was in this passage Jesus is dissing his biological family for a different understanding of family – one that is now our only concern – this “Family of the New Creation.” She worked really hard at explaining this to us – the whole rest of the talk was bulletpoints about what the Old Creation Family looked like versus the New Creation Family. And: I agree about 50% with this claim. Jesus was making a claim about what family is to become in his Church. Yet he was not dissing his biological family to do it – at least not enough that we can say, “Ah ,forget about that old fashioned stuff.”

Jesus wasn’t destroying the old family: he was expanding it.

Which brings me to her second point (two thumbs up): Jesus and St Paul would not have understood our concept of the “Nuclear Family”. Then she added (verbatim): “Nuclear family. Nuclear arms. As far as I’m concerned they’re both just as deadly.”

According to Byzantine and Latin tradition, the Holy Family of Nazareth was what we would call, today, a Blended Family. Joseph was a widower, he had sons and daughters already – many of whom figure into the Gospel and Apostolic storylines. James, at least, was old enough at Jesus’ birth, to be thinking of marriage. Mary may have come into Joseph’s house with her elderly mother, Anna. This is the family Jesus knew from his earliest age. When Joseph died, James would have become head of the house, and Mary the Matriarch. It’s quite different from “Mom, Dad, Buddy, and Sis” aka Ward and June Cleaver.  It’s more like the way the Bunkers got in later years – when the kids lived next door, with the baby, or like the Waltons. The Jews were Tribal: even in Jesus’ day, the concept of an entire town of family (Bethlehem, or Nazareth) was not alien.

For us, today, with our Nuclear (or, Nukuler) families, our limited scope… even this tribal idea must seem exotic. But Jesus expanded it to include the entire Church. When we say “brother” and “sister” here, it’s not just warm fuzzies. It’s meant to be a truth. The Body of Christ is the Quantum Family. Yet it is hard for us today to find our communities in the Church: we have our kids’ school obligations, and our work functions. We have political things, perhaps, or neighborhood social drives. Thing is, at one time, all of these were Church. The Community was the Church: the Church was the Community.

When I dream of community it looks like, at least, Jesus’ family which he has opened up to include all of us. My family had five generations of sisters, brothers, spouses, children, grandchildren, great grandchildren, cousins and so on, all in one small town in upstate New York. There’s a way to feel safe! Thing was: we were not the only family to be that way in that town. Nor are we now – but I’m not there (nor my parents). That’s what’s so strange about today’s world: we are all spaced out, all over the world. Many of the Orthodox and Catholic folks I know live nowhere near their families (who may or may not be in the same faith).

So how do we recover this sense of all-in? There are places that do this, there are Orthodox and Catholic urban communities forming in places (Alaska, Oklahoma, Kansas, Toronto), places where people come together either in common housing or, at least, common neighborhoods. How are we to make this present now? I fear it becomes harder and harder, and, at the same time, more and more important.

Today is the Feast of St Francis de Sales. St Francis has become important to me, in learning about daily meditation in the Roman Catholic tradition.  I’m no where near acquainted with him enough to say anything in depth about him: but practice make perfect. I will end this post with a motto of his – which is, I think, the source of any real community, so it is also a prayer: