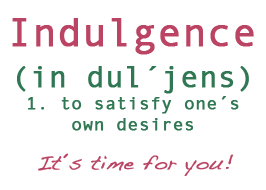 In the Douay, the RSV, or the NABRE

Propter iusiurandum et propter simul recumbentes noluit eam contristare.
Yet because of his oath, and because of them that were with him at table, he would not displease her.
Mark 6:26

King Herod and I share a birthday, at least liturgically: August 29th is the Feast of the Beheading of John the Baptist and so the day of Herod’s party and also my birthday. This story always resonates with me: the illicit, sexualized relationship with his stepdaughter, who is also his niece, the child of his own brother. The family drama of it all, pardon the unintentional double entendre, but I didn’t write this. It always reads to me rather like The Edge of Night or maybe Dark Shadows. Today though I think there is a payoff: the connection of this with a lot of sin.

At Courage last night we were discussing entropy: things fall apart, it’s scientific. It came up that the Evil One is trying to get us to dissolve, to fall apart as well: that is his goal. And there was a connection with this false self we’ve constructed and feed by indulging our passions, those sins that make us think they are really “me” when, really they are not. (How can I really be a sin?) So we create this false self, and by continual reindulgence it becomes stronger: it becomes the only me that really is left. I have entropically dissolved into my passion. In the end the sin, itself, becomes about destruction: courting death, demanding pain, ever greater and ever more. Repeating the patterns until they are only echoes of themselves. There is nothing left to be saved. I become my sin: there is no me left, nothing left to sin, and sin and me vanish in a puff of ontology.

Herod swears an oath of which he repents almost immediately, but because he swore the oath in front of guests on his birthday he won’t go back on it. In less than six verses in the Gospel of Mark, Herod creates a false self and dissolves into it in front of his guests. His evil is crafted by his adultery and lust, sealed by his oath and performed at his orders, even though he, himself, is sorrowful and wishes this would all stop.

How often do we do this to ourselves, missing the hope that comes from Christ: the hope that says by faith we can be made whole, the entropy can be reversed. “For he hath said: I will not leave thee: neither will I forsake thee. So that we may confidently say: The Lord is my helper: I will not fear what man shall do to me.” Yet we swore an oath! Our pride will not let us go back. We start a job and, even though it is immoral, we keep doing it because someone has to feed me. We obey a leader because we are Patriots, even when the leader, himself, is not. We continue in our lust for fear of what our friends will say. We continue to dance even when there is no music, because we can’t shake off the bugs.

We create, feed, and enliven a false self, a golem.

So that into it we die.

Who will save us from this mess?