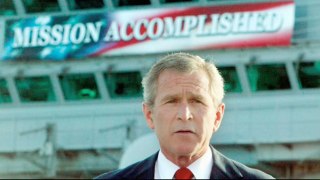 I’ve been re-experiencing JRR Tolkien’s The Hobbit: this time in the glorious audiobook recording by Rob Inglis. He’s long been the “canonical” voice of Middle Earth for me. Back in the Wild West days of the Internet (’97 or ’98) I found a downloadable (illicit) collection of audio files, MP3s dubbed from cassette tapes! They were of Inglis reading the Lord of the Rings. It was an incomplete recording, and you could hear the tape start and stop… but there it was. For a long time I’ve listened to him read from Tolkien’s masterworks. When I purchased a copy of the audio, and could hear the entire book – even the appendices – I marvelled at the reader’s skills. I’m not sure why I never indulged in more, but just recently I purchased his recording of the Hobbit and I’m so thankful! Today, just before breakfast, the troupe of Thorin and Co, plus Bilbo Baggins entered Mirkwood. One passage struck me as I was preparing this post:

The nights were the worst. It then became pitch-dark—not what you call pitch-dark, but really pitch: so black that you really could see nothing. Bilbo tried flapping his hand in front of his nose, but he could not see it at all.

I’ve only been in such a place once: in Mammoth Cave – when they turn out the lights just for a moment, while you’re underground. That is pitch black! It provides a realization of the miracle of our senses: which take the world and read it to us, not as one might imagine a telescope – I see something over there “pulled in” to seeing over here. But more like a computer simulation: my brain projects outward the experiences it has, interpreting what input enters the eyes, ears, and nose. Last night at Mass we sang a few verses from the hymn “For the Beauty of the Earth” by Folliot S Pierpoint. We sang one I’ve never sung before:

For the joy of ear and eye,
For the heart and brain’s delight,
For the mystic harmony
Linking sense to sound and sight:
Christ, our God, to Thee we raise
This our Sacrifice of Praise.

When the Hebrew speaks of the “Knowledge” of good and evil, we tend towards seeing this wrong. Think of it: by the command “do not eat” God had already divided good from evil. The Earthlings, Ish and Isha, already were aware of Evil.  God had told them what evil was and added, “Don’t do it.”  The Hebrew word for “Knowledge” here is from the same word used to describe Adam “knowing” his wife – having sex with. Eating this fruit doesn’t give Adam and Eve some kind of new magical power, but rather it is the Eating Of It – the act of doing – that teaches Evil. The act is performative. I know it is evil, yet I do it anyway. It’s the Experience – I now know the difference between good and evil because I’ve experienced them both.

So there: that’s the opening in Genesis. We’ve another opening though: caused by the first, really. In God’s creation there are no breakdowns in the mystic harmony linking sense and mind. All such breakdowns are a result of the Experiential Knowledge of Good and Evil. Our First Parents rode in where angels fear to tread and we all bear the fruit of their labors. And so a man that should never have been deaf in God’s world, comes to God for healing.

In listening to the serpent the eyes of the first were opened and their words were broken, their heart were turned away and their souls died. In listening to God the ears of the second were opened, his words restored and his soul brought back to life. The serpent can speak a word – but it is us who must act. God the Words speaks a word and it is an action. Both conveyed an experiential wisdom, but the first destroyed while the second healed what was destroyed.

We always have a choice: but what we think is wisdom is often just our pride. The serpent’s temptation was not, “If you eat this you will have new magical powers”. Yet it sounded like that to Eve and the proof of this idea is that it still sounds like that to us. Even people who are not Christian, who have no respect for the text, wonder “Why would God not want you to eat that?” What the serpent said was, “If you disobey you will become your own decider guy.” And in both the seeming and the reality he was – and always is – a liar.  You don’t get to be the Decider Guy if you sin – the more you sin the more Satan is your Decider Guy. The light goes out just a little more each time until you can’t even see your hand flapping in front of your nose.

Even then there is no loss of hope. Just come – or have your friends bring you – to Jesus. He is the only restoration possible for the mystic harmony of sense to sound and sight, only in him can we see by the true light of the world.