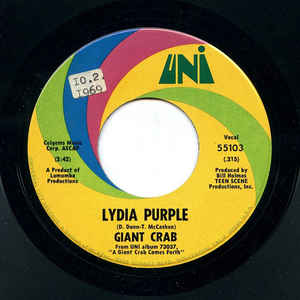 After Lydia and her household had been baptized, she offered us an invitation, “If you consider me a believer in the Lord, come and stay at my home.”
Acts 16:15a

What’s the first thing the new believer wants to do?

The natural sense of the clergy is to wait a bit… the text says she had to work at getting them to come stay with her. They know the problem of burn-out, but she also knows the best way to learn it all is to have the clergy come over and stay with her. Sure, it’s a couple of extra mouths to feed, a bit more cleaning, and, finally, it’s that sense of “always ‘on'” when there’s someone in the house. My Grandfather had a saying that guests, like fish, start to smell after 3 or 4 days. But for St Lydia and St Paul – for anyone in their day – hospitality was a commitment. As long as the guest was there, the host was there as well. St Paul may have had people over for prayer and counselling. He may have used Lydia’s house as the Temple for the community growing there. Still, Lydia put herself forward for service, not knowing what it might have entailed.

Alternatively (at least for us) the New Believer can go on the Internet and find out how to do it all right. I did that when I became Orthodox. There are so many ways to be right! And most of them hate the other ways (or at least think the other ways are not good enough). Also, none of them have anything to do with the reality of even the writer. I was shocked to learn from my priest that the author of one of the most Archly Trad Orthodox websites was a member of what his own website would have called a “Modernist” New-Calendar parish in a “Modernist” jurisdiction that even lets women preach!

What St Lydia knows is that it is in the the Face-to-Face, in the Relationship that one finds the Christian Life. Sure, there are facts to learn. I had to learn how to say a thing or two, several months of classes, and had to put a phrase (well, two really) back into the Creed. I don’t know why, but the Byzantine Creed doesn’t say “God from God, Light from light, very God from very God.”  The Byz Rite says only, “Light of Light, true God of true God.”  But all those facts and all those words are meaningless without my Monday Morning 6AM faith sharing group: five of my Brothers in Christ, and myself, praying our way through parts of the Scriptures. That group has become one of three hinges on which my faith swings.(the other two being daily mass and the daily office) and it is the one with the most face-to-face time. And the most dialogue. It’s the one where my faith is shaping up into something.

Our time online also holds no one accountable for the stupidity we accumulate: least of of all, ourselves. We end up collecting things we like and judging others for not liking the same things. Being in relationship with others is messy, but we are constantly held accountable, held in check.

What Lydia gets in exchange for heroic service (and I’m sure that Paul stopped at her place whenever, as, most likely, did any other passing brethren) is an on-going dialogue with her spiritual elder(s), a continuing education project that is worth far more than any list of facts, or book of texts, or – for us – any Google. This, alone, prevents her burnout: that she can turn to the Apostle who brought her into the faith to continue her growth in Christ. It’s ironic that our Google-God-Facts time takes away from the thing we really need to grow. But the Evil One will work that way, cutting us off from the very people we need.

Remember: no one is saved alone.