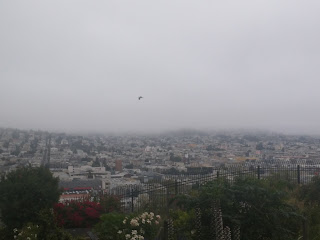 Happy August – or Fogust, as we say in SF (see above)! Birthday #53 is coming up at the end of the month. I’d like to do something fun, but I need all my social media peeps to play along. So…

I’d like scratchers – IE those scratch-off lottery tickets – from as many American places as I can get. I’d like to play scratch off on a live video on by birthday (or there’bouts) and drink a beer and tell jokes. And generally have fun.

It’s possible there would be a winner as well, so splitsies. To be honest, I’ve never won more than $5 on a scratcher and i don’t expect to win. But maybe we’ll have a fun video time! If you wanna send me a birthday card, ping me and I’ll get an address to you. If you ask and I decline, it’s cuz I’m creeped out. Strangers do not get to play! Also – American tickets only, can’t quite figure out how we’d deal with the taxes otherwise.

Non-winning tickets will be made into an art project.

All that said, if you don’t like the idea at all, there’s always my Amazon Wishlist which has a few not-Amazon things on it as well, so if you don’t know my address… be careful 🙂