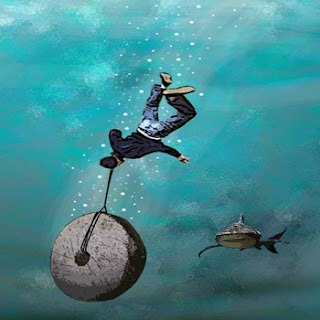 Mittet Filius hominis angelos suos, et colligent de regno ejus omnia scandala, et eos qui faciunt iniquitatem.
The Son of Man will send his angels, and they will collect out of his Kingdom all who cause others to sin and all evildoers.
Matthew 13:41

This is one of those very comforting verses. Jesus knows – from the beginning – that scandals will be in his Church. And he doesn’t offer much by way of advice other than “leave them alone lest we damage the weaker (good) plants in the field.”

And in the eyes of the world – who can’t tell a Calvinist from a Capuchin – this game of Christians ripping each other up is just pure fun.

Thing is: tearing down one another in public is not what we’re supposed to be doing.

Even serious scandals (you can think of a few: children, embezzlement, gay sex, etc) are supposed to be kept inside the Church by the Church, dealt with by canon law, mercy, prayer, and other appropriate means. The Church Fathers tell us not even to hand over a murderer to the police, because he might repent…

Jesus knows humans are messy. His angels will take care of this at the end of time. Be patient.

Jesus has one command for us: love.

Now, we know: love can involve a lot of correction.

But what it doesn’t involve is uprooting the bad seed and causing scandal to the weaker good seed.

And the bad seed can always be turned around.

In this day and age, though, we walk in a fishbowl. We should tailor our message to the audience. When there are thousands or millions watching, we can’t be ripping new ones for each other.

The world loves that.

Satan just eats it up.

And our souls too.