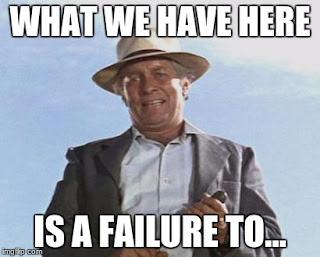 An oculus tuus nequam est, quia ego bonus sum?
Is your eye evil, because I am good?
Matthew 20:15b
We live in very interesting times, do we not? I say that in the style of the infamous Chinese curse, of course. When met with the anti Christian actions of the right and the left, what are we to do, as Christians? What should be our goal? Certainly racism is bad and the Catholic and Orthodox bishops of America have condemned it, not just a little, but a lot. Certainly the anti Christian actions of the Left (did you see the Media gushing over the Eugenics in Iceland) have left us with an inability to take refuge on either side of the political spectrum. When we topple statues of Margaret Sanger as quickly as we topple statues of Robert E. Lee, then I shall think we are on the right path.
But there is no logic, nor is there supposed to be: for both sides have denied the Logos, the plan God has woven into all of the universe, which involves no death, nor hate. It does not allow us to treat different races as impure, nor babies as inconveniences. Nor does it allow us to invent lies whole cloth just to say, “God made a new thing.” When your god just walks around confirming your likes and dislikes, maybe you’ve made up your god too.
But none of these people want anything to do with our God, because he wants to do with everyone.
God’ll have none of your bickering, he wants to save the Abortionists and the Racists, God wants to save the divorcees and the same-sex married. God will save both the transgender and the Duck Dynasty. God will have none of those things you call divisions.
God’s gone fishing and he nets all of us.
But if I have to go to a party with them, then I’m not going.
I used to think them was about hating them, or them hating me. I can’t go to church with them because they hate me.
But, one day, praying for my brothers and sisters in Christ, someone jumped up and yelled “and for their conversion”. And I realized that the issue with inviting “them” to Church is “I might have to admit I am wrong.”  Pure human pride.
Do we have an evil eye because God is good?
Do I imagine you’re not my brother or sister in Christ based on politics or something else? Shouldn’t I invite you to Church then? Do I have to admit my hatred of you? My assurance you’ll embarrass me, you anti-faith leftist? How will I ever explain you to my “really” Christian friends, you racist, neonazi SOBs?
This is a failure of love.
What we have here is a failure to communicate the Gospel.
All of the Gospel is “Taste and see…” but that one person you want to change before they get to Church… that’s where your Gospel fails. That one person that must get (even just a little) fixed before we want to feel good around them, that’s where your God can’t go. I have no problem seeing that some must change before (say) absolution can be given, or some must find ways to live together without sex, or to have sex without fear of God’s blessings… but God doesn’t demand them to to that before they set their foot in the door.
How can they convert if they don’t hear the Gospel? They are not going to hear it on the street. If you’re not going out to the antifa and the minutemen to tell them what time Mass is on Sunday… You’re giving God a long row to hoe.
And you’re doing it wrong.