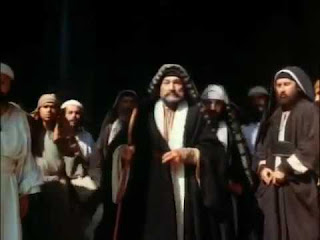 Dicunt enim, et non faciunt
For they preach but they do not practice.
Matthew 23:3b
Oh this is so rich. The Greek word play is between “using words” (logos) and “making” (poetas). They use their words, yeah, but they’re certainly not poets…
As a Catholic (and before, as Eastern Orthodox) a common lament heard all over the place from all sorts of people: to my liberal friends, I am too conservative. To my conservative friends, I’m too liberal. The Church can’t fit into modern cultural categories very easily. This thing of “loving the sinner but hating the sin” leaves us sort of stranded a lot. We have to welcome all comers – especially the outcasts who don’t fit into any of society’s power agenda. But we leave none of them unchanged. When you realize the important struggles are not about power, your heart opens to Love.
I hear the word Pharisee thrown around a lot. No one gets called a “Scribe”. But there are a lot of folks accused of being Pharisee. Yet, in Jesus’s time, those would have been the Good Guys for a lot of the culture. They were the liberals. You could play with the Bible in their tradition. You could make up stuff based on cultural guesses. They were sticklers about the rules they made up, but they were way more liberal about it than the other party, the Sadducees. These were literalists – only what was in the Bible, thank you: none of that finagling around! If the Sadducees were fundies, the Pharisees were more, pardon me, Jesuitical.
In one of my favorite stories from the Talmud, the liberal camp – meaning the camp that says they can debate the meaning of words – wins an argument with God who admits defeat by saying “My children have bested me.”

In one way of looking at things, the division between Jews and Christians is simply this: one group of Rabbis says Jesus is the Messiah. Two other groups of Rabbis (both Conservative Sadducees and liberal Pharisees) say he is not the Messiah. In the end the Pharisees win the debate within Judaism, even recasting the scriptures to fit their modes of debate. The Messianic rabbis drifted off and became the Church.

And so there: they preach and yet they do not practice. Sure, they are using all their words… but they don’t know what those words actually mean.

On the Road to Emmaus, Jesus opens the minds of Luke and Cleopus to his presence in all the scriptures. Jesus wants us to listen to the teachings of Israel. But he wants us to know what those teachings really mean – not the empty words of the Pharisees, or the Scribes, or the Sadducees.  We cannot find our common ground with either the fundamentalist Sadducees of our time who would deny the mysteries of our faith, or with the liberal Pharisees of our time who would deny the doctrines God has revealed. We’re not to fall in the fundamentalist literalism of either the left or of the right. We must hold fast to both words (the logos) and the poetry (poetas) of scripture and tradition, the both/and of Catholicism.  We must follow our vocational call to the poetas, the poetry and dance of the real meanings of the scriptural words.

The poetry of the Logos, the making of all things new, is the rite of the Faith dancing through the world. We spin like dervishes, opening our minds and hearts to the wisdom of God’s Holy Spirit. Bread is made flesh. Wine is made blood. God made man. What is old made new.

God has opened the eyes of the blind. Meanwhile those who claim to see are shown to be liars who walk in darkness.