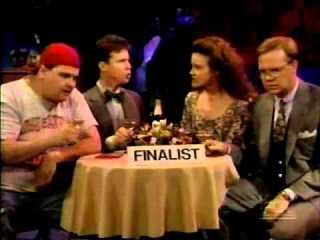 Vigilate ergo, quia nescitis qua hora Dominus vester venturus sit.
Stay awake! For you do not know on which day your Lord will come.
Matthew 24:42
I have my phone, essentially, turned off all the time. I have my spam filters on high on my email. I never answer the phone if I don’t know who is calling (caller ID is our friend) and never open emails unless something is supposed to be here, now, about that thing there.
So why do I accept ideas no matter what they offer?
I know a lot of people (perhaps you do, too) who say they might miss an important email or call. They talk to anyone who rings the phone, they open and click around in every email.
They also get viruses and get hacked a lot.
In NYC, there were these people that would hear their apartment door buzz and just press the “open” button: buzzing in whomever was there. They never worried about this door person robbing them – they were home, big and strong. But, really, the people in danger were the elderly and the alone in the other apartments. Someone would hear a knock on the door and then get beat up. Or someone would turn a dark corner in the stairwell. Boom.
Letting in anything and anyone is a recipe for danger in a lot of cases. In today’s parable, Jesus uses the same word he will, later, use in the Garden. (Matthew 26:40) “Could you not watch with me?” and St Peter will use this word in his Epistle, telling us to “be sober and vigilant.” (1 Peter 5:8) And at the end of time, it is the word used to remind us, “Blessed is he that watcheth”. (Revelation 16:15)
The Greek is γρηγορέω grégoreó. The Latin is Vigilate. Although it means “vigilant” and “Wakeful” and “Watchful”. Just as “falling asleep” means “dying” this also means “Alive.”  I think The NABRE gets the message best with “STAY AWAKE!” Heads up, eyes bright! Keep the homefires burning.
You don’t know when Jesus is coming back, stay on your toes.
That sounds like “Jesus is coming, look busy.” In fact, there’s something else before this – at least in St Peter’s text, it’s “Be sober”.
The Parable of the Wicked Servant who goes out and abuses the others needs to be thought of as something out of Inside Out, or Ratatouille, or the granddaddy of the concept, Herman’s Head. Think, as well, of this verse from the Psalms:
Blessed be he that shall take and dash thy little ones against the rock. (136:9), the wicked servant is doing the same thing… but he’s doing it to the wrong things.
The Fathers saw that passage from the Psalms as referring to taking wicked thought and dashing them against the Rock of Christ. By staying awake and sober we catch the evil thoughts as they begin and dash them in pieces against Jesus.
The reverse is when we let the wicked servant (our passions) get in there and dash everyone else about and bully them into submission to his lust (or pride, or envy, or greed..) If the wicked servant is running the show, when Jesus shows up, it’s too late. But if we are sober, vigilant, AWAKE, we can catch these things before the get in motion, at all.
Frederica Mathewes-Green once compared evil thoughts to messages tied to rocks thrown through the windows of our mind by the evil ones. The trick is to pick up the rocks and throw them back out without reading the messages: to get the stuff out of your mental house before it infects other things. We each know how quick that can be, I think, although the time will be different depending on the situation, the sin, the setting. The ramp is short and sweet: oh, hey, look at this.. that sounds fun.. omg… too late.
It’s like that for sex and anger for me, anyway.
So, you don’t open and click on all the emails. You don’t answer your phone all the time. Why do you respond to this?
Letting the wicked servant beat up everyone, getting his own way, it a bad place to be in. The servant gets used to running the show. Everyone else gets used to being bullied. In the end, no one get’s what they need or want. Even the bully misses out. (Only Satan gets lucky.) Being watchful, all the time, is how it’s avoided (being sober is the way to be watchful, but that’s another essay.)