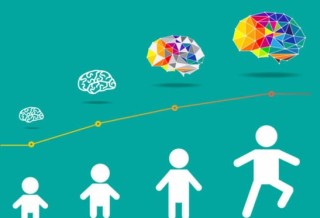 The Readings for Christmas Day:

There is no Christianity at all without the literal truth of this verse. Without this verse, Jesus is a nutcase whose political theories are as dangerous to human flourishing as any other nutcase’s: as helpful as Dianetics and as useful as the Sunday funnies.  Love your enemies is codependant codswallop. Turn the other cheek is passive aggressive shenanigans. Those who claim to follow the “good teacher” without this verse have to ignore all the times he claims to be God, or else they have to admit he was delusional. If Jesus is not God in the flesh, a living human being, none of this makes sense and rather than sit through another Mass I should advocate for year round baseball: the mystical meanings of baseball are self-evident to anyone with half an eye open and we can use red balls in the snow.

The Incarnation is one of the richest and most complex ideas ever proposed to the mind, and hence it demands the space and time of the church in order fully to disclose itself. This is why, in order to grasp it fully, we have to read the Gospels, the Epistles of Paul, the Confessions of Saint Augustine, the Summa theologiae of Thomas Aquinas, The Divine Comedy of Dante, Saint John of the Cross’s Ascent of Mount Carmel, The Story of a Soul of Thérèse of Lisieux, among many other master texts. But we also have to look and listen. We must consult the Cathedral of Chartres, the Sainte-Chapelle, the Arena Chapel, the Sistine Chapel ceiling, Bernini’s Ecstasy of Saint Teresa, the Church of the Holy Sepulchre, Grünewald’s Crucifixion in the Isenheim Altarpiece, the soaring melodies of Gregorian chant, the Masses of Mozart, and the motets of Palestrina. Catholicism is a matter of the body and the senses as much as it is a matter of the mind and the soul, precisely because the Word became flesh.

There’s so much here, that right now I only have time for one thing.

We know a lot about babies now that we did not know in ages past. The most common error we make is assuming a baby (or any child) is just a little adult. This is not the case no matter how many times you hear a parent talking to their child about politics on the bus. They might as well be talking to their cat.

Their brains are not developed.  I don’t mean that they don’t know enough and so have to be taught more. I mean physically, literally, undeveloped. The toddler, the newborn, hasn’t the synapses developed yet to do things. Yes, it is possible to jump start them, and yes it is possible to, essentially, send them to the mental gym to train their brains to be computer-like math whizzes, but when was the last time you met a computer like math whizz with social skills? Human development comes in stages, in a slow and steady progression, you might say evolution, that needs to be left alone to do it’s thing in each individual.

So, if the Word became flesh, a newborn, a foetus before, that, a toddler after, what did he give up? God from all eternity, never separated from the throne of the Father, never not in full communion with the Father and the Spirit, but still: a newborn with Jelly for a brain. When the Word that is always spoken in the heart of the Father opens his mouth it is wordless cries that come out.

I do not know.

It is all out of Love. God, seemingly, giving up his very Godness. But only an Almighty being could do this and still remain the Almighty.

This is the cost of of the incarnation: when the word of God becomes man, what does he give up to gain all of us?