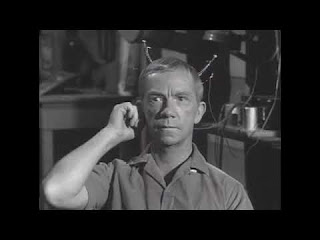 The Readings for Wednesday, 1st Week of Ordinary Time (B2):

Go, and sleep: and if he shall call thee any more, thou shalt say: Speak, Lord, for thy servant heareth.

This scene of the Calling of Samuel has a couple of interesting bits. The first is that the boy doesn’t know who’s talking to him because God hasn’t revealed anything to him yet. The second is, not knowing God’s voice, he think it belongs to Eli the Priest. Right there, I should stop, I think. But I’ll be brave.

None of us know the sound of God’s voice until we’ve listened to his priest.

Holding the line against Catholic revisionism is nowhere nears as annoying as doing so in ECUSA and the EOC. In ECUSA the revisionists had already won before I got there. People who were in power in the General Convention of 1967 were still in charge of things in 1997 when I left. ECUSA held the moneybags for so much of the Anglican Communion that it was only a matter of time. In the EOC, they are very covert, but they are in power and hold the moneybags for most of the Orthodox world. Much of the Orthodox world (other than Russia) is already under their sway; unwilling to censure anyone who might send another $5,000 to the Motherland – even if the do gave unmarried and same-sex couples in their upscale parish.

They only have sway in parts of the Catholic Church that are already falling apart. American Catholics do not hold the purse strings for anyone. And lo, the Millenials, contrary to all predictions, are coming in more conservative than their forebears.  I shall welcome them in positions of leadership. And men of my generation, largely, are coming off the same. There are three generations of clergy at my Parish, and I have so much hope as I meet the ones younger than I, as I meet couples engaged (or about to be), as I visit other parishes where the same is true. As I surf out on the internet, there are signs of hope everywhere. In numbers alone, there’s hope.

So, there we are.

What if Eli had said, “Go back to bed, it’s just a bit of undigested mutton.”  We shall see tomorrow.

Pray for your priest – even if he’s one of the revisionists. God has a plan for him and your prayers are part of it. He’s just come through one of the two busiest times of the year. He’s exhausted, maybe even a little cranky. Pray for him: send him some flowers or a six pack or a gift card for BBQ.  And don’t you go along for the ride either. No work. Just a gift.

And your priest is not the Divine Logos.