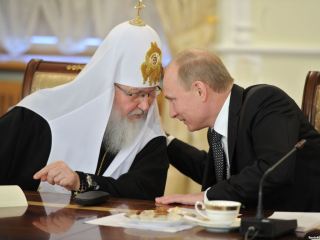 Et fidelis erit domus tua, et regnum tuum usque in aeternum ante faciem tuam, et thronus tuus erit firmus jugiter.
And thy house shall be faithful, and thy kingdom for ever before thy face, and thy throne shall be firm for ever.

I’m certain that, if God had wanted to become Man, he could have just done it.  That is the whole point of God, is it not? Rather better than Nike, just thinking it is to have it have been done already.  Just… oops already done. What we know of God in the Old Testament, though, after that Great Poem of Creation, the Hexaemeron, is that God prefers to work in relationship: walking in the Evening with Adam, lamenting the death of Abel, reaching out to Noë and his Kin; Abraham and his family, Lot and his, the sons of Isaac, Jacob, Joseph, and all their generations. Moses and Aaron, and all the 12 Tribes of Israel, all coming together out of Egypt.

This God doesn’t just do things for people or to people: he does things through and with them. This Great God of ours is in love with us.

So it is right and just that, to start the movement towards the final act, he begins by promising David an eternal throne. From that promise, we are set careening at a positively Orthodox speed down the Road to the Final Apocalypse when that Davidic throne will hold the Lamb that was Slain from before the Foundations of the World and every tribe, every nation, every knee will bend and every tongue in heaven and on earth and in hell will proclaim, to the Glory of God the Father that JESUS CHRIST IS LORD!

God, had he wanted to become Man, could have, you know, just done it. But that would be magical at best and meaningless, more than likely. God needed to work with us and in us and through us. God needed a family history. God had work to do: to arrange everything so that when the Incarnation Happened, everything would be in order.

Marriages to arrange, and adulturies to account for, and tribes to be lost and empires to rise and Alexander had to find India to open the way there and Augustus, for one Brief Shining Moment, and then cue star, cue shepherds, cue terror, cue state sponsored torture, cue… you.

When I think of all the things that lined up to make you or me possible – and that’s without any divine signals, signage, or stars. I just got born in the city that Margaret Mitchell wrote about about 100 years later… and I’m not yet sure of the stories around my birth. But I think they may be true. What about yours? At least as easy?

God had to literally (pun intended) write history to make this one happen. When the people of Israel whinged for a King… because the Judges were generally not a good choice… that was all part of a Cunning Plan. It stretches back at least to Abraham, but it was first mentioned in the Garden of Eden.

To get to this one Particular Man.

And now you… this one Particular Man… and you. How are you here reading these words? What do you need yet to do to get in on this cosmic dance?

This whole thing’s a setup, see? A setup of a scandal of particularity of cosmic and universal proportions. And it involves you. The sooner you see that the better things will get. Let go.  Come along for the ride.

The water is fine.