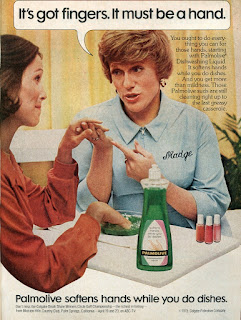 The Readings for the 6th Sunday of Ordinary Time (B2)

…et tangens eum…
…and touching him…
Lepers in ancient Israel were untouchable. We are told in Leviticus that they had to not only avoid other people, but also they had to scare other people away. It’s a sad story. But it is not the last time that this story could be told. By the time of Jesus lepers were still untouchable. The leper in today’s Gospel comes to find Jesus, and asks only to be made clean. But Jesus touches him and this is a revolution as well as a revelation.

During his first stay in the hospital, back in the days when they sealed off these rooms with plastic, and nurses would not go in them, visitors had to wear gloves and masks and suit up in plastic things. My friend, a hospital chaplain and seminary professor, took me to see Fr Mills. We suited up outside in the hallway, and parted the plastic sheets, and walked inside. Then my friend did something revolutionary and revelatory, she took off her plastic gloves and her hat and her mask and told me to do the same thing. I, unquestioning, did so. Then we kissed Father Mills on the cheeks.

Later, as the Bishop of New York was on television saying we cannot ostracize people with AIDS he was also – almost at the same moment – removing Fr Mills from his parish. So great was the panic. If we only knew then what we knew even a few years later, that Mills  had the HIV virus for some time long before his first illness. He had been just has “dangerous” to us his entire time with us.

But panic is real. And I asked Fr Mills once for a sip of his coffee and he reminded me that was forbidden. Never again to say Mass with others. Never again to hug and bless… June of 84, he was dead.

Today though, in another matter,  we have pills, although I never hear about getting the homeless druggies on PrEP: just giving them free needless. The homeless don’t look like you want them to. They are scary and smelly. In our oddly anti-humanist social justice world, it’s not abnormal to hear even political activists wish the homeless were less visible. It’s, sadly, always been this way: even in the 80s, we didn’t want to know that the Homeless had AIDS and other issues. We didn’t want to know what high percentages of them were kicked out of their homes for reaching different conclusions about sexual morality than their parents.

We wanted nice, liberal San Francisco to be clean.

One night in 1987, running down Second Ave, late for a lecture by Matthew Fox and Brian Swimme, a man asked me for money, which I hadn’t. He began to jog beside me! He asked me if I could buy him some food. This was in the days before ATMs were everywhere, so I still couldn’t. Then he offered to buy me a beer if I would only stop and chat with him. I couldn’t do that because I was late for this lecture. He engaged me on the political angle of the lecture and we came quickly to an agreement. He hugged me (he smelled so very clean) and using a name I was only called by kids in my cabin at summer camp in Connecticut, he said, “Way to go, Mongo”. And as I walked away and realized what he said, I turned around to look again, and he was gone…

Who are these homeless folks asking for money? I gave an old woman on a stoop all my change one night (she reminded me so much of my late grandmother, sitting there) and it might have been $8 or $9 of quarters and such… and as I walked away she called after me, “Never forget that tonight you touched the Virgin Mary.”  (150 years ago today Mary appeared in a garbage dump in France and overturned the New Secular Order that was ruining that country.)

And I met the Archangel Michael once as well. The world is filled with mysteries of revolution and revelation.

Giving money, or anything else, to a friend or family memeber we always make it a point to touch. Hug. But not when giving alms. Yes, some people can be smelly. Some people can be unwashed.  But that, right there, is Jesus. He’s deranged. (He can give you scabies, as my friend Kelley shared on Good Friday last year.) He’s in need, he’s lost, and he really wants human contact. He is the Body of Christ placed in your hand as you give away your worldly goods, entrusting them all into the hands of the poor. In their safekeeping those goods will become your stairway to heaven.

In short, redistributing your own wealth is a revolution against the kingdoms of this world and a revelation of the Kingdom of God.

Oddly, although we learned about people with AIDS and how to deal with HIV and all the medical choices we could find, we still have not learned, in several millennia, how to deal with the poor. Jesus shows us, over and over, that it is touch, the restoration of communion, the return of that person to the community, that is important.

Paul says we are to do everything we do as unto the Lord. In the case of the poor we are literally doing it to Jesus. No: I don’t want to give you money, you’ll probably just do drugs with it, Jesus.  Just add his name to your judgements and see how it goes… Jesus doesn’t need my help. Jesus chose to live like that. The Government will give Jesus housing, why should I care?

Or… in the case of one flyer recently posted up around a local Trump Tent Town, “We will pound you, burn you, beat you, Jesus…if you are within a 100 yards of this park starting after sundown tonight, we are coming for you, Jesus.“

Yes, this takes an act of God, because we are all lepers of one sort or another. We are all in need. Some of us are more acceptable because we have ideas about bathing more in sync with our neighbors, but that is NOT what this is about. Every homeless family ignored on the street, even if they are only goldbrickers, will pass into heaven long before I do. They’ve had purgatory enough. Asking them to pray for me when I give them the money is probably a good idea.

They are not there to be judged any more than the people with AIDS: say nothing about where or how one gets sick. The servant of Christ is obligated to serve the sick, the weak, the lost. And not to judge. Take off your hat, your mask, your gloves, your creepy plastic suit, and kiss Fr Mills Jesus on the cheek.