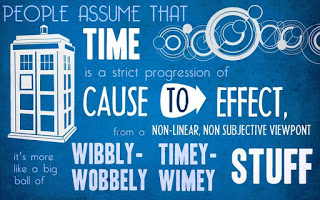 The Readings for Ash Wednesday (B2)
Station at Santa Sabina

All the doors you’ve ever slammed shut.
All the escape hatches you’ve sealed.
All the bridges you’ve burnt.
To lock yourself away.
To hide yourself.
To close yourself off.
Can be blown open, repaired, and repurposed.

All the hate you’ve received.
All the lies you’ve been told.
All the pain that has been inflicted on you.
Can be healed and given to you as Strength for the Journey.

Today is the only day of all eternity on which any of these are possible.

Today. Tomorrow is the stuff of pride – even “I will see you tomorrow” is hella prideful. Yesterday is not a day on which action is possible. Today.

So NOW is the day of salvation. Paul said that at at time when a letter might take weeks or months to get to where it was going. When is now? It is always now.

Sorry for all the Timey Wimey stuff. But it is now Ash Wednesday again, as it has been in the Liturgical West since the 8th Century, at least, back before the Schism. It’s a way to make holy the passage of time between now and Easter.

What is salvation? Today is the day, but what is it? In short it is the Human Being, restoring the Icon of God (which we all bear) and doing the work of God, which is Love, yes, but a very special kind of Love. In customer service (where I’ve been for 25 years, give or take) we use a special sort of skill called Unconditional Positive Regard.  It’s defined as “Unconditional positive regard, a concept developed by the humanistic psychologist Carl Rogers, is the basic acceptance and support of a person regardless of what the person says or does.” This way you can deal with customers, assuming their best intentions, and always leading them to the best choices made in their relationship with your company. Some agents do this better than others, to be honest, but most of us do it, also, as a means of self defense: I can interact with you on a professional level without having to emotionally get involved.

It is to be noted that this is not love. It is also to be noted that this is, basically, the attitude of most of our culture. This is why crying on the subway is, basically, a breaking of the rules. Nearly all of us want to help someone who is hurting… or in danger… but we can’t let anyone else see our involvement. We play the Unconditional Positive Regard card and we benignly pass by. We do this for homeless families on the street. We do this for elderly folks who need a seat on the subway (when no kids will get up). We do this when people are rude to one another. We just smile and decide not to judge and benignly pass by.

Love would leap to the defense of the injured.
Love would sacrifice itself for the good of the other (even if the good wasn’t willed by the other).
Love would rather die than see someone else do so.

Love is not Unconditional Positive Regard and this is life, not a call center phone call. Life and death hang in the balance when most of us wake up. And for many of us, by the end of the day, death has won and there is no tomorrow ever.

Love then, is the benchmark. God is love, but specifically, God is this this self-emptying love as the Father pours out everything on the Son and the Son pours it back to the Father and on us in the person of the Holy Spirit. God empties himself and models for us the same resources. Love dares for us to pour ourselves out in a constant stream of giving!

This constant loving, self giving, pour out of all our self for the good of another: this is love and this is salvation.

Imagine if every Christian could work in one act of love a day from to Lent’s end in Holy Week. Imagine that, trickling out across the culture, across the world. Today. Now. Here.

Now is the day of salvation.

There is a custom among the Byzantines that the vespers on the night before Lent begins, all the congregation gathers round the church and begs forgiveness each of the other. And each, prostrating, says, “Forgive me, a sinner.” and the other says the same, and they embrace saying, “God forgives, and I forgive.” This custom is, it seems to me, worthy of all men to be received: that we should start Lent asking forgiveness. We don’t just skip over someone who is a good friend and “I know I’ve done nothing to hurt them…” for all sins hurt all of us. Every sin I commit draws the venom of evil just a bit deeper into our common life. So even the sins I commit and take to confession so that the only folks who know are me and the priest… they hurt us all.

So forgive me. All of it. I know bunches. And some of you know me well enough to be affected by it. I beg your prayers.