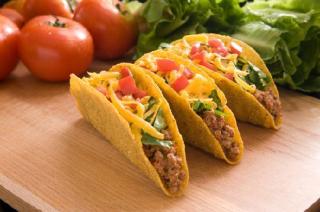 My grandfather died in 2002. On the first anniversary of his death, I went to my new priest, Fr V, and asked if we could have a Panikhida said for him. This is a memorial service prayed after death and on the anniversary every year. It’s not a mass or full-on requiem. It takes about 15-20 mins to sing. But it’s a nice memorial. Many ultra-Orthodox do not allow such things to be prayed for Protestants, so I asked Fr V if one would be possible. Of course! Why not? Because he was not Orthodox, Father. His reply, which I can still hear, “Raphael, if we didn’t pray for the non-Orthodox, who would we have to pray for?”

Jesus sits and eats with anyone. This table fellowship (which is not the same as communion fellowship – which he shares only with his apostles) is an important hallmark of Jesus’ ministry. This eating-with the unclean was a serious thing. It proceeds through the New Testament, marking not that “there is no chosen people” any more, but the realization that we are all sinners.  Jesus is God, communing with us. We find in that not only our salvation, but the will, the desire to eat with others.

But Jesus’ actions are not isolated one-offs. We must eat with sinners too, not just nightly at the supper table, but in all parts of our lives. We don’t just eat with sinners because we are sinners, we are evangelizing. In fact, since communion fellowship is becoming at-one with Christ in the Holy Mysteries, we can say that Table Fellowship is Christ continuing his work of evangelism. By inviting strangers to eat with me, Christ continues to eat with us sinners. This invitation to fellowship is a covert invitation to come see a Christian up close. Isaiah wants someone who will feed the hungry and keep the Sabbath. We are to do justice, love mercy, and walk humbly with God – ie be generous and easy to all except in the first person. Eating with sinners does not override the universal call to holiness, but it does focus it in the first person. We must each be able to say, “We’re all called to sainthood, you’re closer than I will ever be.”

My friend, T, used to get on the Subway in NYC with a bag of Sandwiches. He would give a sandwich to anyone who needed (or just wanted) food. And he would take money from anyone who would donate to help. There’s a model for you. My friend, J, would make piles of pancakes on Saturday Mornings and give them away in a park in San Francisco until he was out. Who’s coming to dinner? Or Lunch? Or coffee with you? Don’t just give ’em $5, bring them to Taco Bell and ask what’s up with their lives. Awkward for everyone, I know. But so good for everyone too.

Of course, it’s Lent, so I talked about food.