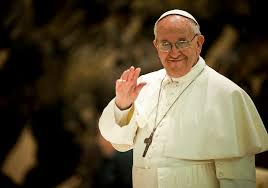 The Readings for Monday, the 2nd Week of Lent (B2)

Nolite judicare, et non judicabimini
Judge not, and you shall not be judged

Thomas Aquinas, in his Catena Aurea (The Golden Chain) notes the following comments from the Fathers on this verse:

Ambrose: The Lord added, that we must not readily judge others, lest when conscious of guilt yourself, you should be compelled to pass sentence upon another.

Chrysostom: Judge not your superior, that is, you a disciple must not judge your master; nor a sinner the innocent. You must not blame them, but advise and correct with love; neither must we pass judgment in doubtful and indifferent matters, which bear no resemblance to sin, or which are not serious or forbidden.

Cyril: He here expresses that worst inclination of our thoughts or hearts, which is the first beginning and origin of a proud disdain. For although it becomes men to look into themselves and walk after God, this they do not, but look into the things of others, and while they forget their own passions, behold the infirmities of some, and make them a subject of reproach.
Chrysostom: You will not easily find any one, whether a father of a family or an inhabitant of the cloister, free from this error. But these are the wiles of the tempter. For he who severely sifts the fault of others, will never obtain acquittal for his own. Hence it follows And you shall not be judged. For as the merciful and meek man dispels the rage of sinners, so the harsh and cruel adds to his own crimes.
Gregory of Nyssa: Be not then rash to judge harshly of your servants, lest you suffer the like. For passing judgment calls down a heavier condemnation; as it follows, Condemn not, and you shall not be condemned. For he does not forbid judgment with pardon.

The Church Fathers go quite far in this teaching. St Maximus the Confessor says, “Interior freedom is not yet possessed by anyone who cannot close his eyes to the fault of a friend, whether real or apparent.”

Fr Olivier Clement, commenting on the above, says “‘Agapeic’ love is not aa sentimental whim or a physical attraction, both of which are doomed to fade away quickly, and anyway do not come at will. No. It is the awareness of God’s love for another person.” St Isaac of Nineveh adds “Spread you cloak over anyone who walks into sin and shield him.”

I fail in this all the time, still: I am the only sinner I know. All others are Christ to me.
Bishop Robert Barron blogged this about a year ago:

When you read the great evangelizing texts of the New Testament—the Gospels, the Epistles of Paul, the book of Revelation, etc.—you don’t get the impression that what their authors wanted you primarily to understand is sexual morality. Rather, they wanted you to know that the great story of Israel had come to its highpoint and that God, in the person of the crucified and risen Messiah, had come to reign as king of the world. God, redemption, the cross, the resurrection, Jesus the Lord, telling the Good News—these are the master themes of the New Testament. Again, please don’t misunderstand me: God impinges upon all aspects of life and therefore placing our sex lives under the Lordship of Jesus matters. But I fear that for so many people in the secular world today, religion is reduced to the policing of sexual behavior, and this is massively unfortunate.