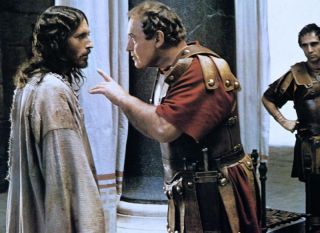 To Pilate sent the Mater’s Plan won’t stall
he’s here at last confirm’d to death. & life
Can see its hope as demons join the strife
Mistak’d that God at last himself shall fall