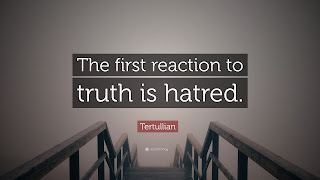 The Readings for Saturday in the 4th Week of Easter (B2)

Verba quae ego loquor vobis, a meipso non loquor.
Pater autem in me manens, ipse fecit opera.
The words that I speak to you, I speak not of myself.
The Father who abideth in me, he doth the works.
The Father speaks… the Father does… the Father abides in me. And elsewhere, “I and the Father are one.”

Jesus is God acting for us, but equally important: Jesus is God acting with us. This is so central to Christianity: the incarnation. If Jesus is not God, Christianity is entirely meaningless. What we have left – without the incarnation – is a few platitudes you can get from Socrates, the Hebrew Scriptures, Lao Tzu… pretty much anyone, really. And they are spoken by a total nut case that repeatedly makes the blasphemous claim that he is God. I don’t need a nut case to teach me to love my neighbor, neither do you.

But if Jesus is God acting for us, acting with us, then something important is happening.

Once I read a book called Why the Jews Rejected Jesus. Drawing on primary sources, the writer claims – happily enough –  it was because of all the things we believe about him as Christians. The man made blasphemous claims. He misinterpreted scriptures. He made poor political choices. He was a nut case.

You choice is who do you trust.

Elsewhere St Paul says that in rejecting Jesus, the people of Israel allowed the Gospel to be brought to the Gentiles. Today’s reading from Acts is the same: Vobis oportebat primum loqui verbum Dei : sed quoniam repellitis illud, et indignos vos judicatis aeternae vitae, ecce convertimur ad gentes. To you [the Jews] it behoved us first to speak the word of God: but because you reject it, and judge yourselves unworthy of eternal life, behold we turn to the Gentiles.

Paul says, elsewhere, that he would give anything to bring his own people to the Gospel. But he knows God will work that out in the end – and through their rejection, a beautiful thing has happened. The Gospel has gone into all the world. And this has come up in the last few days’ readings: the persecution in Jerusalem spread the Church all over the Eastern Mediterranean world. The persecution in Damascus and Antioch pushed the Church to the edges of the known world. In rejection the Gospel is not weakened, but rather is pushed further in God’s grace.

This is only true because this was God acting with us; because Jesus is God acting with us. In the Gospel we are drawn out of the machinations of this world, out of the power plays in this world, into the action of God. We don’t just “get a job” by “acing an interview”. We get a new group of souls to shepherd. We don’t simply find a a new home, or get a lucky parking space: we are given a new mission field. When we turn to these places (instead of God) as sources of comfort, as possessions instead of commissions, we compromise our souls. It takes full on rejection to get us back on track.

Tertullian says, The blood of the martyrs is the seed of the Church. We needn’t go that far, but if we need that reminder, it is God’s grace that brings it to us. Let us be open to that dance.