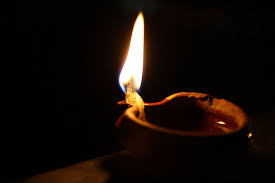 The Readings for Saturday in the 7th Week of Easter (B2)

Domine, hic autem quid?
Quid ad te? tu me sequere.
Lord, what about him?
What is that to you? You follow me.

Peter, with a growing sense of… something… turns around and sees the Evangelist John taking notes like some Cub Reporter. Peter – who has just been given his prime directive – looks back at Jesus and says, What about him? It could mean, What’s his prime directive? Or it could mean: Why’s he standing there? What’s he doing? Does he always follow you around taking notes? Do you have a job for him? Did he betray you too? It could even mean, He didn’t betray you like I did, why not bother him with this stuff about feeding your sheep?

When I was Orthodox, advice like this came in handy during Lent: don’t let someone else’s fasting (or lack of fasting) influence yours. It’s so easy to get hung up on how they are doing it wrong. This is especially true if they are actually wrong. Because then the question becomes, Why are they getting away with it? And after that is uttered (mentally, at least) in all its judge-y glory, the very next question is, Can I get away with it too?

Except fasting – Catholic or Orthodox – is not about food. Fasting in the Christian tradition is about training the will. God has said all foods are clean. But it is tough, is it not, to forego something when it looks so good! That thing may be meat. That thing may be ice cream. That thing may be TV shows on Saturday night when you should be doing lectio for the Sunday readings. Fasting is important because it trains your will to avoid the big things later.  And the one thing you should never do when training the will is turn to Jesus and say, Domine, hic autem quid? Yea, what about him? That’s what I want to know…. Jesus pats you on the head and says, Zok nit kin vey, Zuninkeh, Don’t worry my little one. Fardinen a mitzveh, Do a good deed.

The problem is that this worrying about the other guy can continue.  A lot of my friends ask why they should be chaste when so many people in the Church are not. The question assumes two things: that the asker knows exactly what is going on the person’s moral life and that morality is a majority vote when it is not. The question assumes that one’s salvation is not as important as other people’s fun. The question is best translated, Shouldn’t we all be damned together? This is a far cry from Peter’s question, true, but who of us is going to meet an apostle talking to Jesus? When we ask, “What about that guy?” We are not asking, “Why is he going to live forever?” but rather, “Why does he get to have hamburgers in Lent?” or, more likely, “Why does she get to support abortion and still take communion?” or “Why do they get to live together and have sex and still work as the parish secretary and choir director?” “Why does he get to be such a crass, rude, and inconsiderate so-and-so and still get to be president and hailed by Christians?”

While this may all be the fault of bad clergy, and the reality of mob-rule, the church is filled with humans: and that includes the clergy.  All these humans need your virtue more than you need to sin. Your  virtue, practiced in the praise of God, will elevate them – and the world around you. Your sin is only more of the same grey swamp. But one lit candle will change it all. Don’t fall prey to the darkness. Don’t curse it either. Change it.