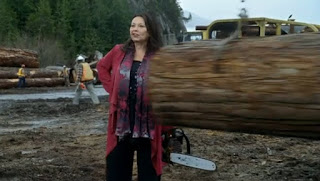 The Readings for Friday in the 8th Week of Ordinary Time (B2)
Memorial of St Justin Martyr, First Friday of June

Jam non amplius in aeternum ex te fructum quisquam manducet.
May no man hereafter eat fruit of thee any more for ever.

Jesus curses the fig tree because it bears no fruit when it was needed – at that moment when he was hungry. This may seem like a reminder that even for Jesus, “You’re not you when you’re hungry”. But the fig tree is intended as a visual parable, an acted out teaching moment. When Messiah comes, it’s already too late to blossom and grow fruit. You should be fruitful now. We never know when the fruit will be sought for.

In case the reader misses it, the curse of the tree and then the witness of the withered tree is the bracket for the cleansing of the Temple. Messiah arrived and the tree was fruitless, Messiah arrived and the Temple was purged. Far from a case of the Hangries, Jesus is acting in love for you and me to learn how dangerous it is to only pretend to be something. A fruitless tree is certainly worth nothing to the hungry. A fruitless vine is fit only for making cheese from the ashes.

Above all hold unfailing your love for one another, since love covers a multitude of sins. Practice hospitality ungrudgingly to one another….Hospitales invicem sine murmuratione.

I have, three times been involved in conversations where there was much wailing and gnashing of teeth over the noise made in Church by children. I confess I was the instigator once (circa 1999) although I have only been the defuser each time after that. My main weapon is the one that was used on me that first time (which was a catty comment having to do with unmarried men of a certain age…). Certainly that’s not always the case because even online I can read much wailing and gnashing done by other folks whose “mother would have slapped me into next week for acting like that” or who were “certainly never that poorly behaved as children.” St Peter tells us all to learn to love each other now because the end is coming and, well… hey, you know about that fig tree? Loving certainly involves parents and children. But not always.

I thought about this yesterday at Mass where I was Mr Cranky Pants, not at children, but at two Grandmothers who chatted calmly with each other through the sermon and the prayers of the people from the pew behind me. To be honest, Father’s sermon was not quite as engrossing as possible and my ears are to the point where almost any background noise is too much, but these two Lolas were as loud as Father. So, surrounded by a familial babble, I fell asleep. I awoke to the laughter of a joke and shushed the two… with a look that was rather more like Jesus to the fig tree than St Peter’s idea of Hospitality.

It was not exactly the best moment I’ve had at Mass.

How often is it that way? That one person who would have been in the choir but for that sense of timelessness about their singing. Or the party who constantly says their prayers 3 seconds in front of everyone else. What about that family that comes late every week and leaves from the communion line? Yes these are my list of gripes that can pull me out of prayer, but do you have your own? Do not we all have our own? These preternatural cases of the hangries all seem to end when Mass ends. I never find myself thinking about them again (especially when I’m in confession and then it just goes right out of my mind) until the next time I’m at Mass.

Why is it so easy to get if not angry, then disgruntled at Mass? I’ve slammed choir books, and – when I’m in a good mood – I’ve used the Mid-Mass Hangry on other folks. It’s especially easy to trip up the pious, but there it is.  I’ve used the word “hangry” (which is either a portmanteau of “hungry” and “angry” or else a Ukrainian slang term for Lent) because we are exactly that. Except we are not hungering for food.

Today is the memorial of St Justin Martyr who was slain for his faith in AD 165. His writings are amazing documents not only of his religious journey but also of the practices of the Early Church. Justin spent his youth searching for something until, one day, meeting an elderly man walking on the beach, his eyes (and his heart) were open to the Hebrew Scriptures which in turn opened his soul up to the teachings of Christ. He spent the rest of his time learning, teaching, and defending this new faith, even writing letters to Caesar defending the teachings and creating a new discipline: Christian Apologist.

Justin realized this is what we’re hungry for: Christ. His love, his hospitality. We are called always forward into this one thing. We may spend our entire life thinking that we need to get money, or power, or sex, or love, or 2.5 kids and a white picket fence yet until we find the one thing worth having, all this other stuff just leads to more hangries.