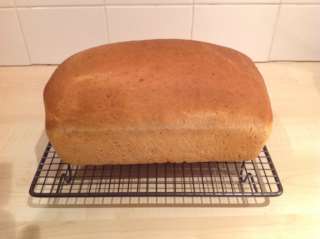 This piece came to mind yessterday at Corpus Christi: an essay from the 90s, rescued from Archive.org and edited. When I wrote this I was part of the bread baking guild at St Gregory of Nyssa ECUSA parish, a rota of folks who prepared the communion bread. I continued this practice in the Orthodox Church, for a while baking all the bread in our tiny mission parish in North Carolina.

Indeed everyone is going to be salted with fire.
Mark 9:49
I like this passage, which in some translations talks rather overmuch about the “worm that shall not die and the flame that shall not be quenched.” Jesus is calling to mind the closing words of Isaiah, which do, in fact, talk about punishments for those who rebel against God, but it is verse 49 that attracts my attention just now.
Please note that Jesus promises everyone fire – not just the evil ones – but everyone will be “salted” with fire. Obviously, I think, there must be some meaning here that I’m missing. Who wants to be salted in Hell?
Jewish theology talks not of “original sin” as western (mostly Protestant) Christians tend to understand it, but rather of a good inclination and a bad inclination that are given to everyone. The two inclinations (”Yetzer” or plural “Yetzerim”) are in everyone. In the most basic understanding we have:

But there is more: they are not only good and evil, like a devil and an angel sitting on my shoulders: Yetzer HaRa is the nature that urges one to procreate – to have children, who are, in part, “little copies of me” – the drive to seek pleasure, to succeed and excel. When it gets out of balance, it becomes hoarding wealth, having sex in ways that harm others, and drinking too much. Yetzer HaTov is the nature that urges one to give – the drive to share with others and to love. When it gets out of balance, it becomes having no healthy boundaries and not respecting the boundaries of others.
Jewish prayer often asks God to make Yetzer HaRa subservient to His will and asks that the one praying not become subservient to her own Yetzter HaRa – the seeker requests to use Yetzer HaRa in the service of Yetzer HaTov, both in the service of God. Jewish prayer asks for all of us to be used in the service of God – the Yetzer HaTov and the Yetzer HaRa both come from God and can be used by God to further God’s plan.
Some years later, I thought these notions matched up well with the Orthodox idea of “passions”. After all, Orthodoxy is only Judaism under different rabbis. Orthodox would ask for the passions themselves to be taken away – purified, returned to ther natural state. For the passions to be returned to ballance and subservience to God’s will. And the Holy Apostle Hermas says, that we are “to know that with every man, there is a good and an evil spirit.” Hermas, too, was trained in Jewish thinking!
The Hebrew word for life, Chai’im, has in it two of the letter yod (Chet, Yod, Yod, Mem). Yod is also the first letter of Yetzer. The Rabbis teach that those two yods symbolize the two yetzerim. When the Creation story says that God blew into Adam the Breath of Life (Genesis 2:7) – it comes with both of the Yods, with both of these inclinations. All life (Kol Chai’im) has both sides.
Bread is the most amazing thing: flour – most often wheat – and water. That’s all it is. Through the process of stirring and kneading, flour and water together have an unusual property: the flour’s natural gluten protein separates from the starch and develops a structure – threads. But it’s flat and lifeless. Then yeast is introduced. Yeast survives by reproducing maddeningly fast, but it requires three things: warmth, food and water. The yeast that makes my bread rise today does so as it eats the flour and drinks the water and makes babies. The babies eat the flour and drink the water. Then there are babies having babies. Then babies having babies having babies having babies. And while this is all happening, everyone burps. The belching releases gases, and the gases make the bread rise: the selfish desires, the Yetzer HaRa, of the yeast raise my bread.
The Church Fathers and Mothers speak of each of us having evil and good within us. They preach about the Parable of the Wheat and Tares as referring to the good and bad within each of us and say that at our deaths, the demons will come and claim the tares and chaff from our souls. This also sounds like the words John the Baptist spoke – (Luke 3:16-17) “He will immerse you in the Ruach HaKodesh [the Holy Spirit] and in fire, He has with him his winnowing fork to clear out his threshing floor and father his wheat into his barn, but he will burn up the straw with unquenchable fire!” Remember that no kernel of grain is without its chaff – we each have parts of us that will be burned away in God the Consuming Fire.
My bread rises the most when I first put it my oven. The warmth of the fire speeds up the yeast’s reproduction. Babies having babies having babies having babies having babies-until the heat is too much and everything dies. The bread is not bread until the fire comes.
We will all be salted with fire – the Holy Spirit. The Holy Spirit will burn to purity all whom it fills, all who are immersed in it. It all makes an odd bit of sense if we consider the wheat=us equation. Leviticus 2:13 says, “You are to season every grain offering of yours with salt – do not omit from your grain offering the salt of the covenant with your God, but offer salt with all your offerings.”
My bread, containing not only flour and water and dead yeast, also contains a surprise ingredient: me. No matter how I wash and scrub my hands, parts of me enter the bread. My skin cells come off, moisture from my breath stirs the air. Small drops of perspiration add water. My bread is me; I flavor the bread.
It is hard for me to share my bread, my home holds six or eight guests maybe, so even if I bake all day, I’m limited in the scope, the reach of my giving. When I put my bread on the altar, it is so small, alone. But it is no longer me – but becomes Christ – as I am no longer me. The Bread and I are salted with the fire that descends in prayer, the answer to the upraised hands of the Church and the downward-bending hands of God.
As the bread is made Christ’s very flesh, so are very parts of me. Bread is an icon of theosis, of divinization. It is an icon of our salvation. The bread sacrificed to God, salted with the Spirit, feeds the multitudes. So are we, Little Christs salted with Fire, are sent as Bread and Life to the world.

By way of follow–up, in the middle ages, St Anselm felt he was “restoring” something ancient when he convinced the Western liturgical folks to use bread without yeast at Mass, this despite the New Testament using the Greek for yeasted bread at the Last Supper… Make of it what you will, even Liturgical Vandalism has a blessing in it. But the mass, machine produced wafers miss the special added ingredients mentioned above.