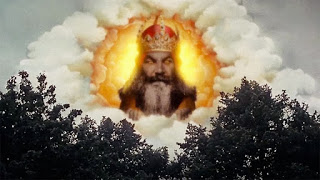 If you come to the New Testament looking for a relief from those pesky rules in the Old Testament, look no further than the Sermon on the Mount where Jesus, the God of all Love, makes his Father’s rules even more strict. Not just don’t do XYZ, but even don’t imagine doing XYZ, or think about the things that could lead up to XYZ. And, as we learn later, don’t do something that will draw or trip your sister or your brother into XYZ. Jesus is not much more lenient than the older stuff, in fact, he’s worse.

A friend posted the other day that his priest told him he would do much better struggling against sin if he stopped thinking about rules he could or could not break and started thinking about relationships. Sin breaks relationships. Another friend, preaching last week, underscored that the Evil One’s primary purpose is to isolate us, to break our relationships and to leave us feeling alone, isolated, and vulnerable. Sin is the easiest way to do that. Again, it’s not breaking rules, per se, it’s breaking relationships.

Jesus knows that actions may end relationships, but motives and intentions do so as well. We are stranded, alone in our heads. Thoughts and addictions that lead us to isolating behaviors are just as dangerous to our souls as are the actions themselves.

George Carlin discusses this in Confession.

‘Cause that’s what they taught us; it’s what’s in your mind that counts; your intentions, that’s how we’ll judge you. What you want to do. Mortal sin had to be a grievous offense, sufficient reflection and full consent of the will. Ya had’ta WANNA! In fact, WANNA was a sin all by itself. “Thou Shalt Not WANNA”. If you woke up in the morning and said, “I’m going down to 42nd street and commit a mortal sin!” Save your car fare; you did it, man! Absolutely!

Jesus is mindful that once you have the wrong motives, even the right actions get corrupted: being sexually attracted to someone is a bad reason to befriend a stranger on Facebook or to invite a coworker out to lunch. It’s a bad thing to base a purely platonic friendship on as well. Greed is a bad reason to get married. I’ve known people to leave parties “together” because it was August in New York City and one of the two had air conditioning. Putting down a bad foundation ruins the whole structure. Jesus is pointing out the foundation comes way earlier than we had previously imagined.

No one is saved alone: it is our relationships that bring us to heaven. If we  wanna, we damage the relationships in our hearts, we have already sinned.