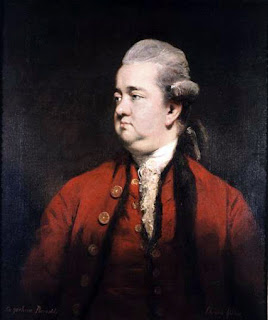 JMJ
The Readings for Monday in the 15th Week of Ordinary Time (B2)
Non veni pacem mittere, sed gladium.
I came not to send peace, but the sword.
How very strange this sounds to our ears, who are so used to thinking of Jesus as some sort of Zen Anarchist Hippie. We want to apologize for bad translations. However, to someone expecting Messiah to overturn the Roman Occupation of Israel, this must have sounded rather logical, even so obvious as to be platitude. Jesus had other things in mind though.
We always want Jesus to fit into our political molds – we can be Republican, Democrat, Socialist, Communist, we can be right wing or left wing, we can even be an anarchist.  If you’re an American Voter or political activist, I’m willing to bet you, dear reader, or someone close to you can make an argument that Jesus supports your choices. Or, if you’re not used to thinking in Christian terms, from what you know about this ancient carpenter/philosopher, dead now 2,000 years, I bet you can come up with the arguments yourself. I’ve heard/read arguments that imagine Jesus speaking for and against abortion, for and against same-sex unions, for and against divorce, for and against “the oldest profession”. I’ve heard arguments that Jesus would have been for or against various immigration policies, for or against medical pot, for or against nuclear arms. If you’re old enough you’ve heard arguments that Jesus would be for or against Nazis, as well as slavery, inter-racial marriage, and segregation.
We are so certain of Jesus’ political choices that many anti-Christian arguments begin from an assumption of doctrine and say “you can’t support that, you’re a Christian”. This is as painful for me to hear when it’s coming from someone I support as when it’s coming from someone I feel is wrong. Sure, Jesus says Love Everyone, but his teaching about what love means is far more complex than your political slogan writing skills. He also asserted, in the middle of the Pax Romana, that he came not to bring peace but a sword.
Jesus says he’s here to divide parents from children, to cut whole households down the middle. One’s own family will be one’s worst enemies. For Jesus even his closest friends betrayed him.  Yet we’re supposed to walk bravely forward into this gauntlet as Jesus, finally, walked bravely forward to his death, carrying his own cross. This last is so very important, because it gives the lie to political choice: in the face of what was clearly trumped up charges, cronyism, political poison, abusive clericalism, and friendly betrayal God himself said, “OK, bring it.”
And told us to do the same.
Carrying the cross is the one aspect we are all told to replicate. Jesus didn’t say, “Go get scourged like me” or “have all your friends run away”. He said if you don’t carry your cross, though, then you’re not following me. Far from fighting for reform or any sense of political justice, if you’re not taking up and celebrating the very method of torture that the secular world assigns to you then you’re not following Jesus. Jesus’ sword cuts us off from the world, but not to our detriment. It makes the very means of the world into steps of grace for us. Jesus takes the Roman method of capital punishment – used only on slaves and non-Romans – and subverts it into a pathway to life.
Paul will continue this subversion: taking cultures where they are and tuning them to Christ by using their very institutions against them. He will take Roman pagan marriage and urge Christians to adhere to the institution, but change the content. He’ll do the same for slavery and for childcare and seniorcare. Paul’s spiritual children will undermine even the Roman Army with these methods. This subversion will be so complete that, in the end, Anti-Christian historians will rightly blame Christians for emasculating the Roman Ideas of virtue so fully that it resulted in the Decline and Fall of the Roman Empire.  The author, Edward Gibbons, whose image heads up this post, said of us, “It is always easy, as well as agreeable, for the the inferior ranks of mankind to claim a merit from the contempt of that pomp and pleasure, which fortune has placed beyond their reach.” This is right as far as it goes, as certainly and rightly as Friedrich Nietzsche will blame us for practicing as “slave’s religion”.
We see it differently, however. When Jesus says he will divide us off from even our families and spouses, he means that because we no longer will see anything in the same way as the world ever again we’re pretty much as good as enemies to everyone in the world – even our nearest and dearest.
In a world gone totally and utterly mad, it is only the sane who are considered abnormal.
____
Please consider supporting my my writing via my Patreon.