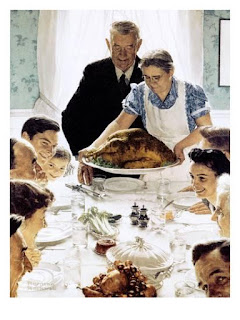 Simile factum est regnum caelorum homini regi, qui fecit nuptias filio suo.
Similar is the Kingdom of Heaven to a man who was king, who made a wedding for his Son.
In this story, the kingdom of God is like the image of a king making a wedding for his son. It implies all the planning and expenditure, all the love and care, all the generosity and all the personal investment. Think of how a mother and father bend over backwards to make the wedding of their daughter the most amazing thing ever. Or, as is often the case in social circles of SF, think of how the children, earning dozens of times more than their parents, might pay to have the entire family carted off to Costa Rica or some other place where they can share the joy of the man and woman getting married. It’s a huge production, it requires more than just a couple and a justice of the peace – and that’s true, even in today’s secular world where for many a marriage is just another disposable commodity and a wedding, per se, just a fun thing to do. How much more so was this the case in the ancient world where a wedding meant an excuse for the entire community to celebrate, sometimes for days on end, and where one’s wealth and position only mean that more people would be expected to come. There were the family, yes, and the invited guests, yes, but also, according to one’s station, all the classes lower down in the pecking order. A king making a wedding for his son had to feed everyone from his nobles to the beggars on the street.
So, this king…
Is making this wedding.
And the invited guests don’t come. The thing is, they all had perfectly good excuses. “I have business to take care of.” And they were all on the A-list so you know they were important. Cardinals, Bishops, and the like… (There is a faux patristic quote going around that no one really said about some part of hell being paved with the skulls of clergy… but the point is well made.)
The thing is: we all have better things to do, I think. It’s not making light of the scandal to say, “This is not the only sin Christians have.” And, as the priest said on Sunday, the real scandal is that the vast majority of American Catholics (and Orthodox, I’ll add) don’t even darken the door of a Church on the vast majority of Sundays. The further we are from the wedding feast, the more likely we are to be replaced.
I’ve been invited to partake in so many pious actions in the last week: acts of reparation, acts of prayer, a group rosary, fasting… God is putting a new heart into his people.
This is supposed to be normal Christian life. This is the wedding feast of the Lamb. Let’s act like it. Not just now, but forever. Or we’re going to end up with our city burned down. And, to be honest, we can be replaced.
So the invited guests don’t come…and the other folks who – you’ll remember – would have shown up for scraps and morsels anyway – are suddenly turned into the guests. The folks who were the also-ran are now the only show.
And the ones that didn’t come – even though they were invited – get killed. And their city burned to the ground.
That will be us if we don’t get to the feast on time.
Please consider supporting my my writing via my Patreon.