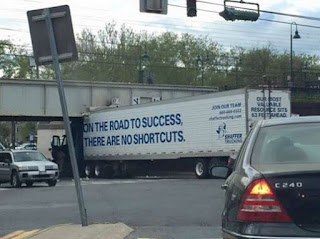 Omnia ergo quaecumque dixerint vobis, servate, et facite : secundum opera vero eorum nolite facere : dicunt enim, et non faciunt.
Therefore, do and observe all things whatsoever they tell you, but do not follow their example. For they preach but they do not practice.
Back when I was an Episcopalian teenager and pretty much everyone was convinced I was going to seminary, I used to find myself in conversations with people that, really, I wouldn’t want to know now. But these were rich and powerful clergy, and they were initiating me NOT into a pattern of sexual abuse, but rather into a curious and double life of another sort. So, for example, one of the most conservative seminaries of the Episcopal Church ended every Sunday with a solemnly sung Vespers service followed by Benediction of the Blessed Sacrament. The solemn repetition of the same content over and over had so bored several generations of seminarians that they did not call this by its traditional Victorian, Anglo-Catholic name of Evensong and Benediction, but rather, “Evenscreech and Cookie Worship.”

It’s a joke only a religion nerd could get – especially one at a very conservative parish in Atlanta that had weekly the same practice. But it’s also an irreverent blasphemy that should not be repeated by a pious teenager at all, let alone to a Sunday School teacher.

And when I had so profoundly scandalized the Sunday School teacher that she didn’t want to talk to me any more, I thought, this is probably something to bring up in confession.

And I was told by the priest – who had gone to that very seminary – that such jokes were perfectly fine. But shouldn’t be repeated in front of the laity.

See: everyone was making assumptions about my future. This was at a parish where sexuality was not a topic of conscience, but rather of strict adherence to tradition. But some jokes shouldn’t be repeated in front of the laity…

So when I hear Jesus say those guys teach well enough, but don’t do what they do, I realize this has been a problem for a long, long time.

When I hear of Catholic Clergy having sex – but not getting married – and calling that “celibacy” because they abstain from marriage, I’m perhaps too realistic for my own good but I wonder why it surprises folks to learn that people can be that duplicitous. Evidently some of this stuff never got repeated in front of the laity.

We have entire schools of thought (clerical ones and lay ones) set up to tell us why we can use condoms, or why it’s ok to deviate from the sexual teachings of the church as laity “using their conscience“.  We have a “pro choice” Senator who piously goes to Mass in SF. And a Catholic-school educated Governor. Why should it surprise us that some folks in Church-power would claim the same “primacy of conscience” to do whatever they might want as well? What purpose is served by imagining the clergy to be different?

If you’ve been following along this last week or so in the readings from Ezekiel you know that Israel went very wrong because his shepherds were very bad. Then God said, “I guess I’ll have to do it myself!” and “I will be Israel’s shepherd.”  Today in Ezekiel, God shows up, walks into the temple, sits down, and says, “I’m here. I’m going to do this job now!”

Christ is enthroned on every altar of adoration even when he’s ignored by the walkers on the street. Christ is lifted high at every mass even when the clergy don’t believe what they’re doing any more. Christ is glorified at every painful turn of a soul away from a sin embedded so deep that it’s become a false identity. And you, my dearest sister, beloved brother, can heal the Church with sincerity of heart.  And love.

And since God is love.

—-Please consider supporting my my writing via my Patreon.