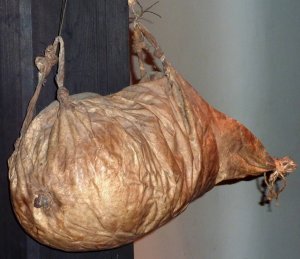 Jesus’ saying about old and new wine skins gets abused a lot. It often gets turned into an excuse for percussion sets in Mass. I’ve heard it used in presenting new teachings on sex and sexuality. It gets spun into presentations about changing who gets ordained. It becomes a perfect argument for any new thing, any compromise with the world, any idea that’s never been tried before.  “We don’t do it that way because it’s wrong” is treated as code for “We don’t do it that way because we’ve never done it that way before”. And then out come the misuse of new wine skins. It’s really a category of Chronological Arrogance: we know better now.  It is argumentum ad novitatem.

These are both true.

But Jesus does not say, “Therefore the New Wine is Better”. In fact, quite to the contrary, it is old cloth that is better for patching old clothes, and, right there in Verse 39, Vetus melius est.  Old is better. Or, really, “Melius” means “honey-like”. The Greek word used is χρηστός krestos meaning kindly and useful.  It is also a known pun on “Christos”:

“Xrestus (“useful, kindly”) was a common slave-name in the Graeco-Roman world. It “appears as a spelling variant for the unfamiliar Christus (Xristos). (In Greek the two words were pronounced alike.)” (F. F. Bruce, The Books of Acts, 368).

Everyone knows that Old Wine is better than New Wine… aka souring grape juice.

So, let Jesus words give you something to think about the next time you hear someone want to sing “Eagles Wings” at a Requiem…