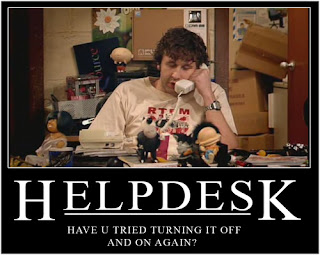 The Readings for the 23rd Sunday of Ordinary Time (B2)

Et adducunt ei surdum, et mutum.
They brought to him one who was deaf and mute.

OK. We need to look at some Greek. The word rendered “deaf” here means deaf. Not “hard of hearing” or “Had to yell when you spoke” but unable to hear.

The Greek rendered “mute” (mutum in Latin) is usually translated as “a difficulty in speaking”.  It is only used this one time in the Bible: μογγιλάλος mogilalos. It comes from two Greek words meaning hardly talking, i.e. dumb (tongue-tied) although some decide to render it as “speaking with difficulty” instead of “hardly talking”.

I think there’s a miracle here so amazing and it was hidden from all the generations of Christians until just in the 20th century. Only now do we kno w the claim Mark is making here.

Congenital deafness prevents the parts of the brain that do language from developing. But we’re only learning this, fully, now.

Do you see the miracle performed here?

When Jesus says to the deaf mute, “Ephphatha!” He is not just “healing” him: Be open… to Jesus. Not just “open your ears and your mouth” but “OPEN!” He’s fixing him, reformatting his brain, giving him words, rewriting his entire history into language. The WORD is being imparted to his brain in the same way that the Spirit of God hovered over the waters at the beginning.

Mark links this with the Isaiah prophecy about the mute speaking which is one more reason to hear this not as “Speaking with difficulty” but “mute”.

This happens one other time in the Gospels: with the man born blind. Again: he has no way of connecting sight to words. The part of the brain that understands “that’s a tree” is not there. Healing his eye sight requires doing the whole brain reformat and reboot.

This is how much our God love us. This is what is possible to the human that opens to God. 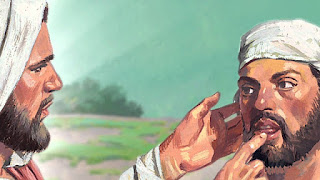 I’ve read a lot, recently, about same-sex attraction and sexual sin. A lot of folks seem to think men and women who are same-sex attracted cannot live chaste lives according to the church’s teaching. I’ve heard this even from folks I would count as friends.  They are saying to me that Jesus would never say “Ephphatha!” to me. They are saying I’m beyond the grace of God.

I don’t know what to think except to pray that they are wrong. This Gospel story, the Angelic Warfare Confraternity, and the teachings of Courage seem to indicate that it is more than possible to live (by God’s grace) within the teachings of the Church. It is desirable and possible for someone to do so. As Isaiah says,

Then will the eyes of the blind be opened, the ears of the deaf be cleared; then will the lame leap like a stag, then the tongue of the mute will sing.

Why should God be so small as to not lend himself to my struggles?

Why should I be so small as to assume he doesn’t want to help me?