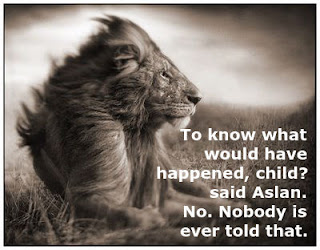 Yesterday Paul said that some in Corinth were celebratory about their sins when they should be mourning. That struck me hard because there are those Catholics who feel “enlightened” and they have “left behind” all the strange teachings of the church and come into the “real” world, the “modern” world. And reading Paul’s list… it seem remarkably like the way enlightened folks might behave today.

When they found out I had joined Courage two years before becoming (or wanting to become) Catholic, two friends asked me about attending meetings where “my identity” should be called into question. A year later, I’m not sure what to do with the knowledge that two such highly placed folks – one a Catholic missionary, and one a Catholic educator – would ask me why I wanted to adhere to the Church’s teaching on chastity. I mention this because it is how we got to where we are.
Such some of you were.

Aslan says we are not given to know what if but only what is. I’ve been told that for those who did not have sex, this is easier. As I do not fit into this category I won’t know. I will tell you this is a hard struggle. Still, it seems no harder than those who deal with other sins: and Paul seems to know a list of very hard sins indeed. There are folks who seem to think that they can have their pet sins if they allow me to have mine.

A large number of the people from all Judea and Jerusalem and the coastal region of Tyre and Sidon came to hear him and to be healed of their diseases; and even those who were tormented by unclean spirits were cured. Everyone in the crowd sought to touch him because power came forth from him and healed them all.

This is the life I have: God seems to think that, if I now cooperate with him, this is exactly the life I needed to have had in order to bring my soul fully to him. There is grace before and behind.
What is it for you? What is it that you think really is who you are, that is not… really, even the tiniest fraction of your real self? What is the one thing you see when you look in a mirror that is hiding – from you – how God sees you?