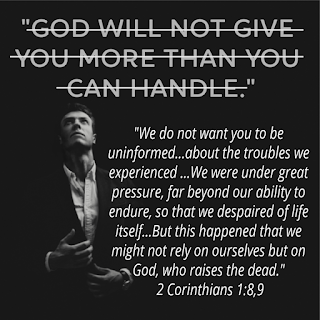 The Readings for the 25th Sunday of Ordinary Time (B2)

Let us see if his words are true, and let us test what will happen at the end of his life; for if the righteous man is God’s son, he will help him, and will deliver him from the hand of his adversaries… According to what he says, he will be protected.

You want to see something funny? In 1970 when the Russian Communists wanted allies in the USA, they made the Russian Orthodox Church give what’s called “Autocephaly” or Self-governance to the Orthodox Church in America. This instantly created a weak, but real money funnel to the USSR via the Church. There were spies (US and USSR) on all sides. It was a fun political move that had nothing to do with the maturity of the American Church and for the longest time it even caused a rupture of governance: for many of the other self-governing Orthodox Churches refused to recognize the action that Moscow had done without talking to anyone (save the Soviets). Last I paid any attention the Patriarch of Constantinople still doesn’t officially recognize it.

Now the Moscow Patriarchate, using the same ploys under Putin, is mucking about in the Orthodox Church in the Ukraine and Constantinople wants to give Autocephaly to the Church there to protect it from Russia. Russia sees this as against her political goals (of slowly invading the Ukraine by attrition) and so the Russian Church is threatening to break off communion with anyone who dares contravene them in this dispute. Pot, this is the Kettle. You’re black.

Meanwhile… the Catholic Church is having a scandal of global proportions over gay sex happening in seminaries and clergy molesting folks of all ages. Some folks are accusing Francis of participating in the cover-up, which I can see. But some huge portion of this scandal’s rooted strength is part of Christians forgetting what “upholds my life” means. We started to think it meant cultural relevancy. We started to think it means communion for the divorced and remarried, for blessing gay couples, for allowing birth control when it was “my conscience” leading me. We started to think it means blending in to the culture instead of standing out. We’ve even convinced ourselves that “Standing out” is just some sort of prideful, Pharisaical anti-Christian action. Don’t judge me.

Both lungs of the Church are breathing the same bad air. It’s amusing to hear Istanbul and Moscow accuse each other of trying to be “pope” whilst Rome has the most un-papal Pope in recent memory. Yes, the Pope rules a small city state, and yes the Patriarch of Constantinople runs a smaller one, but still, it is one. Meanwhile the Patriarch of Moscow runs the liturgical ministry of Putin’s government. In America, a la carte, most of us just make up our own as we go – and both sides of the Political Spectrum are trying to subvert as many churches as possible into being the American form of Putin’s Commissars. Omnes Habent Papae.

Jesus turns to us and says “What were you arguing about on the way?”

There is this sense, I think – not only among Non-Christians, but also among a certain subset of Christians – that the Christian life is supposed to be a good and blessed life. There’s the prosperity folks, of course. There’s the “God has a plan for your life” people. There are the Calvinists – who taught us that if God is blessing you (with the goods of this world) then you’re among the righteous. This led, quickly to nearly everyonedeciding to work hard so that they would have the goods of this world and, therefore, be evidently righteous in God’s sight. These all gave rise to the non-Christian folks who believe this is what Christianity is about. They ask (rightly, by this theology) why is it that there are so many poor folks? Why is it that evil exists? Why is it that believers fall under the evident curses of the modern age, War, STDs, and the Internet, just as easily as anyone else? Also those who clearly believe this lie are the statisticians who set out to discover if either religious people are happier than others or if they are unhappier. Equally believing this are those who cite those studies as backing them up as either believers or non-believers.

To this the orthodox Christian has to reply, “Blessing, Schmessing. God said I’d end up dead just like him.”

The Apostles themselves fell for this prosperity-power stuff: that’s why they were arguing on the Road. They thought “Whoa, if Jesus is King, who do I get to be?” I think I’ve even heard preachers say this today: You’re a prince or princess, live like it!

We have our ideas of success and we want to live up to them. It’s no wonder that’s what folks think the Gospel really is.

The Lord will uphold my life (as the Psalm for today teaches). He will uphold my cause. He will defend me from the ungodly who seek my life. But my success is not God’s purpose. God’s purpose is my salvation – my wholeness in his own divine life, Zoe; not my adherence to the standards of success or prosperity or even secular ideas of legality and justice. My only telos or purpose is my living with God for eternity and my living with you in love, here and now; the operative part being In Love. God is love. If I can learn to love you now, to love others, to love all… then when the eternal fires of God’s very being encompass me I’ll be fine.

When I say, The Lord upholds my life, you might think I mean “I’ll get what’s due me”. And you might want to sit back and see if I get rich as Croesus, or powerful as Putin. Will I no longer be tortured by the law or oppressed by haters? Nope… The Lord upholds my life means my life becomes one with his. In fact, if those things happen to me (wealth, power, or having my head cut off) that’s God saving me. That’s what it means to “uphold my life”: to take even the means of torture and failure (in the eyes of the world) and turn them into the gate of heaven.

The Lord upholds my life means that even if I do follow him, I can still make bad choices, bad business decisions, bad relationship choices. I can still be killed, tortured, nailed to a stick and left to die in the sun, shoved in a borrowed tomb and prevented from even defending myself. But that’s God saving me.

More importantly, the folks who “hate my life” who are the “ungodly” are not other Earthlings: for God wants to save them too – as do I. The only enemy I have are the demons. When a human attacks my faith, or undermines my position; when I or others sin and detract from the faith, regardless of any human culpability, the actors are the demons who seek to destroy everything God has made. Man is foremost on that list: if we can forget love for a few moments and kill each other over some political squabble, the demons have won.

The bad air in the Church’s lungs, east and west, is demon-scented. It’s filled with notes of pride, and mammon-power. It’s wafted with compromise and temptation. It all comes from hell. It’s only the skillful application of filters that keep us from smelling the sulfur. We take each other to court, break off communion, lead each other into sin; we deck our halls with balls of folly and hate each other for naming them so. Keep the Christians at each other’s throats. The demons have done their work well.

We must turn to each other in Love.
We must be little children – of no account, no power, seen and not heard.
Then we must draw each other into that Fire that is God’s purpose for us.

If we do not do it, he will do it for us. He will turn this Church right around and take us home. That’ won’t be pretty. It will hurt. But we will deserve it.