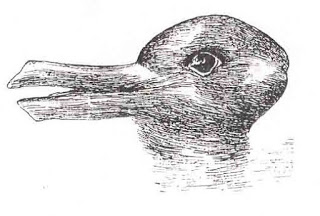 This is not a passage about social justice.
At all. Forgive me that I have, often, fallen into this as well.

Every day a devout Jewish Man would wake and say these three blessings (among many others):

Here St Paul turns those blessings on their head. He says everyone who has been baptized into Christ has put on Christ… and that all divisions have ceased.

Neither Jew nor Greek (Gentile), Neither slave nor free. Neither male…
Paul’s whole argument is against dividing the community. Don’t break off into cliques, don’t use the world’s titles for you to divide yourselves. Don’t use the world’s titles to define yourselves. And he uses quite a list:
Jew and Gentile is a primary division in the Jewish world. (Most Gentiles did/do not care.) Slave and free is a primary division in the Gentile world, though. Even being a former slave or the child of former slaves is a blot against one in the Roman world.
Then Paul throws a twist in the phrase, he does not say, in Greek, there is neither male nor female for that biological division God is credited with making in the beginning – before there were Jews, before there were slaves.
What he does say in Greek is There is neither male and female. And as the Jew/Goy line is intended for his Jewish readers and as the Slave/Free line is intended for his Roman readers, Male+Female is intended for all… Paul is saying none of the divisions we see in the world matter.
Even the most primary of divisions that has been since the beginning of the world – since Genesis 1:27, actually where the phrase “male and female” is also used – this division is now healed. We are all now, in the Body of Christ, made into the New Man, the New Adam, which is Jesus himself. We are not to stand opposed in anyway, one tribe against another, one class against another, nor even one sex against another. In Christ, the curse of the Garden is undone. “…thy desire shall be to thy husband, and he shall rule over thee.”
The Morning Blessings that established one’s Identity in the world are null. One’s only identity now, in Baptism, is Jesus. The only thing that matters now is this:
In baptism, we have put on Christ Jesus and are all one in him.
As I noted at the top of the week, I’m reading Galatians now not as if the Judaizers, as they were called, are trying again to graft the Jewish Torah back into Christianity (as they were in Paul’s day) but rather as if we might be dealing with “secularizers” who are trying to graft some other alien structure into Christianity. There are those who want to graft in “White American Capitalist Republican” in here. There are those who don’t really care about anything in there but “White”. There are those who seek to graft in other social divisions, based on class, sex, desires, race… all the things we use in our “Identity Politics” are irrelevant.
If we are baptized into Christ, all are one in Christ. Coming into the Church we have to give all that up. Obviously it does not end: even in St Paul’s day, one was still either a salve or a free person. But the division, the failure of unity, is no longer real. Again, this is not a teaching on Social Justice. This is a radical teaching on the unity of the Church, a radical reformation of who you are. St John Chrysostom says,

If Christ be the Son of God, and thou hast put on Him, thou who hast the Son within thee, and art fashioned after His pattern, hast been brought into one kindred and nature with Him… he does not stop there, but tries to find something more exact, which may serve to convey a still closer oneness with Christ. Having said, “ye have put on Christ,” even this does not suffice Him, but by way of penetrating more deeply into this union, he comments on it thus: “Ye are all One in Christ Jesus,” that is, ye have all one form and one mould, even Christ’s. What can be more awful than these words! He that was a Greek, or Jew, or bond-man yesterday, carries about with him the form, not of an Angel or Archangel, but of the Lord of all, yea displays in his own person the Christ. Source

Those who are not so baptized may do as needed or wished. This is not about their choices or lives.

Those who are initiated by those holy waters into Christ “display in their own person the Christ” and all those other bits are mere labels we add to ourselves are only so much mammon to be tossed out, ignored.
This holds true in other places like Romans, where Paul begins to note lists of sins not as “noun/verb/object” phrases, but as verbal nouns: people whose very identity has become the doing of something. Paul says that won’t work any more. In fact he says if we hang up our “identity” in the doing of something, we’re damned. Only a human being can become a Christian. These other labels prevent that. We have in the mystery of Baptism (and in the Mystery of the Holy Eucharist, and in the Mystery of Matrimony…) literally bounded ourselves to the Messiah not in the abandonment of ourselves, but in the fulfillment of ourselves. We free ourselves from false “identities”, from illusions of selfhood, and become how God made us to be.
No longer let us say “Blessed are you Lord for having made me not like all these other folks…” but rather let us say, “Lord, I am not worthy that you should enter under the roof of the house of my soul… but enter and make me yours. Make me you.”